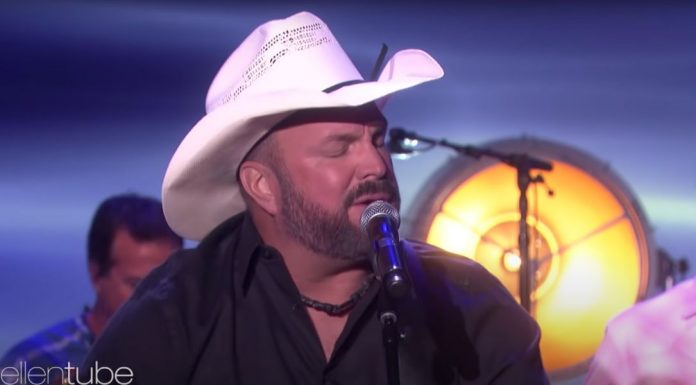 But some are tasked with monitoring real American music.

And a country legend dropped government officials’ jaws with these three words.

Country wouldn’t be where it is today without men like Garth Brooks.

Even though Brooks is past his prime, he is still bringing it and showing that he is still one of the best live shows in the business.

From its origins from bluegrass and gospel, the mega music genre has become one of the best American music industries.

It all started in the good-old days of country music with names like Dolly Parton and Johnny Cash bringing fans to their feet with endless country classics.

Then the 80s and 90s brought along the golden age of country music with Alan Jackson, Shania Twain, and George Strait, just to name a few.

Shania Twain – You're Still The One pic.twitter.com/OLKmbhHvCa

And now we have what some would call pop country which is a far stretch of what the good old days of country used to bring us.

But through the years, Garth Brooks has stood the test of time in country music.

The country legend made his national debut in 1989 in the midst of the golden age of country music.

Since then he has been rocking and rolling at concerts across the nation as Americans flock to his concerts for some entertainment.

And one of his latest concerts was so wild that it created a mini earthquake.

While playing at LSU in front of 102,000 energized fans, Brooks decided to play the fan favorite “Callin’ Baton Rouge.”

Garth Brooks after singing Callin’ Baton Rouge in Tiger Stadium for the first time ever:

“Thanks for letting us be a small piece of thread in the family and the fabric of the LSU Tigers.” #GeauxTigers pic.twitter.com/pnGe2S8OnU

Tiger Stadium was energized so much that it popped up on a seismograph as a small earthquake.

An LSU professor set up a seismograph machine tonight for the @garthbrooks concert in Baton Rouge.

Here's a snapshot of what it looked like when he played Callin' Baton Rouge.https://t.co/uuqI74fBak pic.twitter.com/ThjfEJ4q0y

You know your music is good when you create a small earthquake when you perform one of your hits.