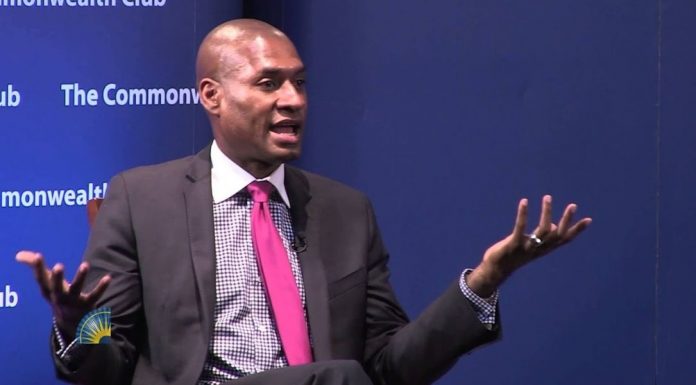 Much to the surprise of many, leftist Hollywood types are speaking out more and more against cancel culture.

And now, this comedian is blasting cancel culture after a New York Times columnist attacked one of his bits.

Seems the comedians, leftist or not, are getting hit hard by cancel culture, and they have had enough.

Iglesias, also a voice actor, is voicing the cartoon mouse in an upcoming reboot of the movie “Space Jam.”

Charles Blow, a columnist for The Times, took a swing at Dr. Seuss’ books and some cartoon characters that he said perpetuate “corrosive stereotypes.”

Blow wrote, “Some of the first cartoons I can remember include Pepé Le Pew, who normalized rape culture; Speedy Gonzales, whose friends helped popularize the corrosive stereotype of the drunk and lethargic Mexicans; and Mammy Two Shoes, a heavyset black maid who spoke in a heavy accent.”

In response to the article, Iglesias, known by his nickname Fluffy, tweeted, “I am the voice of Speedy Gonzales in the new Space Jam. Does this mean they are gonna try to cancel Fluffy too? U can’t catch me cancel culture. I’m the fastest mouse in all of Mexico.”

In 1999, the Cartoon Network tried to shelve cartoons featuring Speedy because of accusations that it promoted negative stereotypes.

Mexican viewers revolted and demanded the cartoon stay on the air, and by 2002 Speedy was back on the Cartoon Network.

Blow’s comments about Pepe Le Pew didn’t slip under the radar either as he received an immense amount of backlash in the Twittersphere.

Blow took to Twitter to try and defend himself, stating:

“[Right wing] blogs are mad bc I said Pepe Le Pew added to rape culture. Let’s see. 1. He grabs/kisses a girl/stranger, repeatedly, w/o consent and against her will. 2. She struggles mightily to get away from him, but he won’t release her 3. He locks a door to prevent her from escaping. This helped teach boys that ‘no’ didn’t really mean no, that it was a part of the game’, the starting line of a power struggle. It taught overcoming a woman’s strenuous, even physical objections, was normal, adorable, funny. They didn’t even give the woman the ability to SPEAK.”

While the woke Left continues to try and cancel anything that might bring a bit of enjoyment into our lives, it seems a growing number of celebrities are sick and tired of being canceled.

It’s about time people with a voice decided to fight back.

Culture Watch will keep you up-to-date on any new developments to this ongoing story.