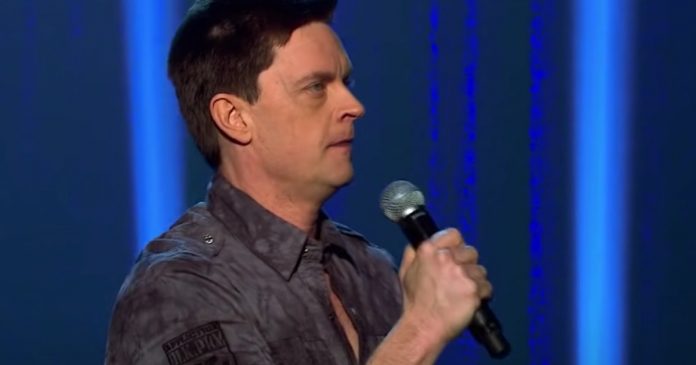 The vaccinated vs. the unvaccinated is starting to get downright ugly.

The Biden administration is working overtime trying to make the lives of the unvaccinated increasingly more difficult.

But this comedian and SNL alum has had enough and is refusing to perform at venues that require vaccinations.

More and more of the Hollywood elite are coming out in support of mandated vaccines.

From sports teams to concert halls people are bowing down to Joe Biden’s decree.

But every once in a while, there is a little bit of sanity that comes out of Hollywood and right now that’s comedian Jim Breuer.

As many celebrities champion the cause of mandating vaccines and only performing to vaccinated fans, Jim Breuer is pushing back against the machine.

The comedian declared he would “absolutely not” perform at any venues participating in the public health measures.

“Two quick updates on shows that you may think you may be getting tickets to or you already have tickets to: The Wellmont Theater in New Jersey — not doing it. Also, the Royal Oak Theater in Michigan, due to the segregation of them forcing people to show up with vaccinations — to prove you’re vaccinated, to prove you’ve had a shot. I’m absolutely not doing those shows,” Breuer stated.

Breuer said he, his wife who is currently battling stage IV cancer and his daughter all had COVID and lived to tell the tale.

“I have to stick with my morals. I have to stick with what I know is right. As a human to another human, when you have to be forced, bribed, dictated — which is basically what is going on. […] No matter what your feelings are in it — I don’t care if you’re vaccinated. That’s great. It’s a choice,” the comedian stated.

Unfortunately, Breuer is in the minority in Hollywood and he knows it.

Breuer said he’d rather “go bankrupt and make a stance and not segregate.”

The SNL alum will undoubtedly face immense backlash for this decision, but it is refreshing to see someone of his caliber stand up for the rights of Americans.

Joe Biden and the Democrat Party want the country segregated – they want to split groups by vaccination status.

It’s far easier for the Left to take control of the country if the American people are divided and that’s just what they’re doing.