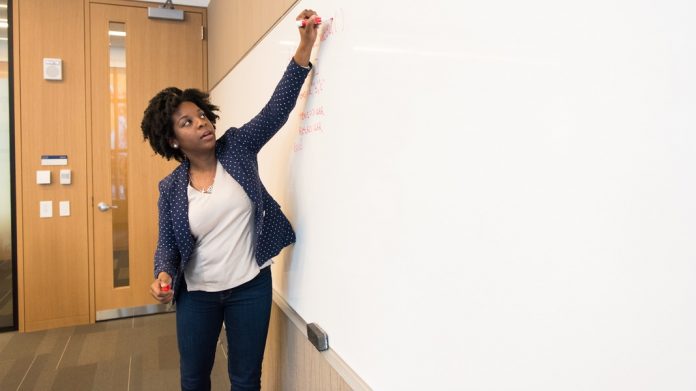 California is a liberal’s dream.

Few things they do surprise the more Conservative wing of the United States.

But the way this California school is using its sex-ed curriculum on students will leave you disgusted.

For years, conservatives cautioned of the slippery slope of the LGBT agenda.

And they’ve warned how the left will use it to infiltrate public schools under the guise of “equality” and “inclusivity.”

Conservatives saw through the charade.

But now, their worst fears are coming to fruition.

A California school board is scolding parents for daring to oppose California’s new sex-ed curriculum that uses drag queens in school functions.

One activity in particular that was opposed was using a drag queen for makeup lessons for 11-14 year-olds – including boys.

The new curriculum covers a wide-array of gay, lesbian, and transgender issues, which has some parents furious.

“All these people were asking for was a say, a chance to be involved, to be heard and to be active participants in the education of their children,” wrote Townhall’s Kira Davis, who attended the meeting.

The meeting, she said, was mostly “concerned and frightened parents in the heavily Hispanic district.”

Parents complained and alleged that the school board was purposely leaving them in the dark because they knew the community would not give its approval of more graphic and explicit content, and especially the issues related to gender identity and sexuality.

“One mother said she only learned about the school’s ‘LGBT Fair’ after it had happened,” Davis wrote.

“She was shocked to learn that a local drag performer had been offering make-up application lessons to the students during the fair and did not feel it was appropriate for any school-approved activity to include make-up lessons for 11-14-year-olds regardless of LGBT issues.”

Concerned parents voiced their disapproval. But what the school board told the parents shocked them all with what was described as “contempt and disrespect.”

“Liars” and “fear-mongers” one told the mostly Hispanic crowd.

Board members continued to scold parents who dared question the Board’s decision.

The situation in California is hitting a breaking point.

Do you think what is happening in California could happen elsewhere in the United States?

How should conservatives fight back? Let us know in the comments!