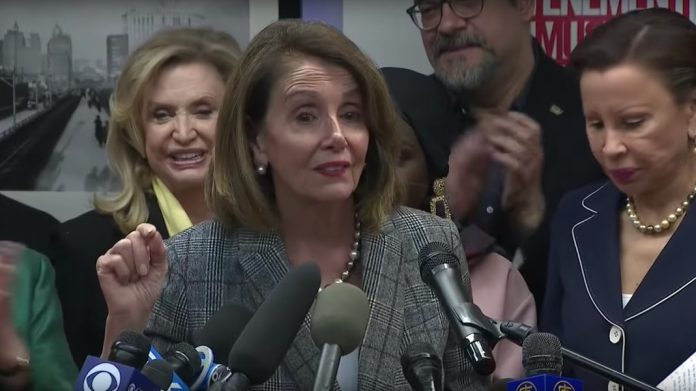 The state of California is home for Nancy Pelosi and some of the worst ideas of the radical LGBT movement.

But this new bill may be the worst yet.

If this bill passes, churches will be forced to embrace the LGBT movement in the worst way possible.

The LGBT movement has traditionally set their sights on public education and the media as their method of forcing the public to accept their deviant lifestyles.

But recently, they’ve crept their way into churches that are susceptible to radical leftwing ideology.

However, many churches have stood strong and resisted these efforts.

Which is why LGBT activists are now simply attempting to force every church to embrace the LGBT movement by law.

A bill currently in the California state legislature would force churches to affirm homosexuality and cease teaching that it is a sin.

The California State Assembly has passed a resolution telling pastors to affirm homosexuality in violation of their biblical beliefs.

Assemblyman Evan Low and three dozen other lawmakers pushed the resolution in the state Assembly Judiciary Committee that’s aimed at telling religious leaders in California what they should preach from their pulpits.

The measure passed this week, thanks in part to the help of Dr. Kevin Mannoia, Azusa Pacific University chaplain and the former head of the National Association of Evangelicals.

Liberty Counsel says Mannoia “has become a prop for the LGBT agenda by directing pastors and counselors to reject biblical views of sexuality and deny counseling for those struggling with unwanted same-sex attraction or gender confusion.”

It does not take a trained theologian or an ordained preacher to determine that this resolution is not in accordance with God’s Word in any way, shape, or form.

Nor does it take someone with a law degree to see this bill is not compliant with the First Amendment of the Constitution.

But liberals like Nancy Pelosi and her cronies that fill the California State Assembly don’t care about either the Bible or the Constitution.

They are intent on shoving the radical LGBT agenda down the throat of every Christian no matter what it takes.

But this time they’ve gone too far.

Christian leaders are beginning to organize to condemn the bill, but it may not be enough to stop California from passing it.

Do you think Christians should be forced to teach the LGBT agenda?