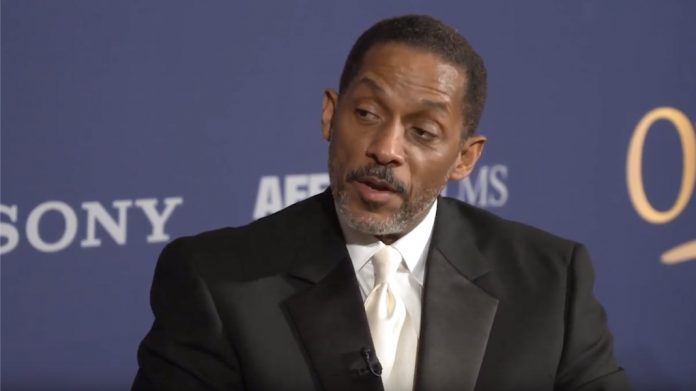 It’s no secret that Hollywood and our secular culture is outright hostile toward Christians.

In one case, an actor was forced to choose between his faith and his career.

And his decision changed his life forever.

Hollywood will go out of their way to sink the career and life of any practicing Christian trying to advance in the entertainment industry.

Chris Pratt is well known for being attacked over his faith.

Fortunately, he still managed to land big enough roles that it may be too late for radical Leftists to destroy his career over his belief in Christ.

But not everyone gets the same chance.

Cameron Arnett was told that he must do nudity on camera or lose his career.

Citing his faith in Christ, he refused.

That’s when Hollywood destroyed his career.

“Hollywood told me that in order for you to be an actor, you have to do partial body nudity, and I had to choose career or Christ,” said 58-year-old Arnett in a Facebook Live interview with Miami pastor, Diego Calderon.

“I chose Christ, but when I did, I lost everything,” the Haitian-born actor said.

Arnett, who acted in productions like Meet the Browns (2009), Stand Your Ground (2013), and Star Trek: The Next Generation (1987), eventually was asked to do partial nudity in a film role, which he refused, even when they offered to use a body double.

“All hell broke loose. I lost everything,” Arnett said. “Agents left. Everybody left. Friends left. I was left behind by the world and by everything that I had.”

Arnett’s career plummeted after his decision to stand up for his faith.

Hollywood blacklisted him from any major roles.

Since the incident, Arnett has been limited to solely working on projects that incorporate his beliefs.

It is a shame that Hollywood blacklists such talented actors and actresses from the screen due to their faith.

Is Hollywood actively discriminating against Christians?