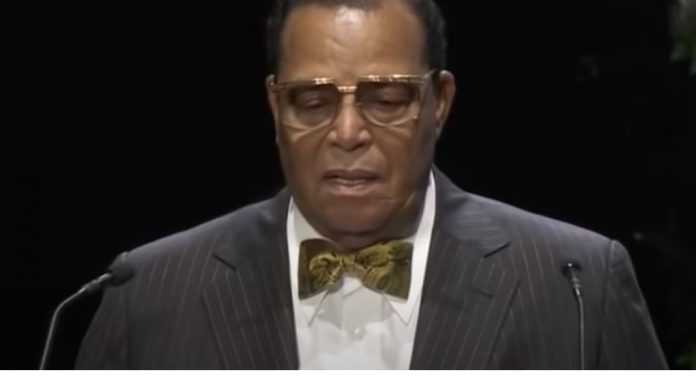 Hollywood’s at it again.

They constantly tear down regular Americans and police officers while cheering on Black Lives Matter looters.

But they just stepped over the line by sharing this video and heaping praise on Louis Farrakhan.

A 30-year-old clip of infamous anti-Semite Louis Farrakhan is making the rounds on Hollywood social media.

So far, the likes of Jameela Jamil, Chelsea Handler, and Jessica Chastain have shared the video with their millions of followers.

Handler’s post alone has racked up 1.8 million views and counting.

But instead of condemning Farrakhan, who’s praised Adolf Hitler and called Jews “termites,” they’re praising him!

In the video, Farrakhan opines about “white fear” and “white guilt.”

As Fox News reported, “One woman asked why can’t ‘white people, black people, Jewish people’ ‘come together.’ Farrakhan responded by saying that ‘the desire is good’ but that reality is the ‘total opposite.’”

But instead of backing off, she doubled down.

That argument is ludicrous as one commentator pointed out.

See, you could say precisely the same thing about Weimar Germans, and yet you would know instinctively and immediately how toxic and dumb that is. pic.twitter.com/Sx6o3xl1F0

Of course, the Left’s praise of Farrakhan is nothing new.

Former President Barack Obama was pictured with Louis Farrakhan – a photo that had been kept secret until Obama was out of office so it wouldn’t harm him during an election.

In fact, Rep. Tlaib even published a column in the Nation of Islam’s official publication, Final Call.

The Nation of Islam – led by Louis Farrakhan – has been labeled a hate group by the Anti-Defamation League and the Southern Poverty Law Center.

Do you think Hollywood should be promoting Louis Farrakhan videos?

Share your thoughts with Culture Watch News in the comments below!