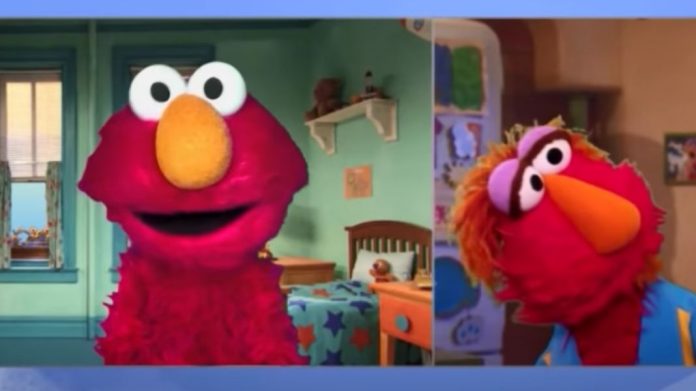 Leftists are escalating their efforts to indoctrinate kids.

The sooner they can pump propaganda into children’s heads, the worse it is for the country.

And now these iconic Sesame Street characters were used in a CNN “town hall” for a bizarre reason.

The murder of George Floyd by a Minneapolis police officer triggered a seemingly unstoppable chain reaction of events.

Peaceful protesters morphed into rioting and looting, and the Democrat Party and their propaganda arm of the media barely reported on the violence.

Now the rioting and looting have given way to a quasi-cultural revolution that’s taking place.

The only difference is the Maoist struggle sessions and Stalinist show trials are taking place on social media instead of the public square.

Historical statues are being torn down recklessly. A statue in Portsmouth, Virginia was yanked down by a wild mob, and struck a man in the head.

He’s now tragically in an induced coma fighting for his life.

This leftist frenzy is nothing more than cultural destruction masquerading as virtue.

And that virtue-signaling is trickling down to children.

Recently, Nickelodeon interrupted its program for nearly nine minutes to show support for the protests, and now Sesame Street is again wading into the political fray.

A segment on CNN featured Elmo being educated by his dad about protests and racism in America.

It was even more cringeworthy than it sounds:

“Not all streets are like Sesame Street. … What we are seeing is people saying 'enough is enough.' They want to end racism.”@Elmo’s dad Louie explains why people are protesting across the US. https://t.co/icV04F4FNW #CNNSesameStreet pic.twitter.com/1efrMAzZ8V

Perhaps the most vexing part of the video is the nebulous call for “change.”

This is a common refrain from the Left. They call for change, but they don’t articulate precisely what that means or how it could be achieved.

The Left’s goals are intentionally vague for two reasons.

First, leftists always need a bogeyman to attack, so tangible solutions are not ideal.

Second, they can’t let people know their real agenda, which is to tear down the country and rebuild it as a socialist dystopia.

America is the freest and most prosperous country in history, so the indoctrination must start early, otherwise it’s far less effective.

The Left has a decades-long head start with their indoctrination plan.

People who believe in America need to push by back by telling the truth about the country in order to counter the Left’s mirage, which only focuses on the negatives without context.

Should children’s shows stop infusing political messages into their content?