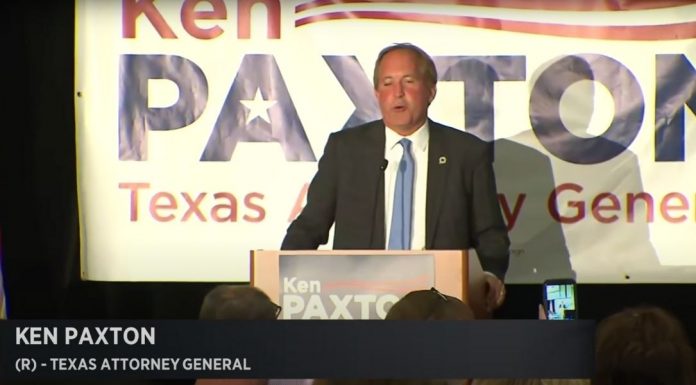 Donald Trump showed the Republican Party how to fight the Left.

Some governors and state legislatures are finally putting Trump’s lessons to work.

And leftists are in total meltdown after these governors picked a Trump-style fight.

Donald Trump forced a lot of Republicans to grow a spine and stand up for the Conservative principles they espouse.

But Florida Governor Ron DeSantis was ahead of the pack and even quietly predated Trump when it comes to dropping the gloves on the Left.

Now he’s taken the lead in using state power to beat back the radical left and Texas Governor Greg Abbott, feeling some pressure from his right flank, has followed along a similar path.

Along with DeSantis’ anti-grooming law in Florida, Abbott’s move in Texas has the Left melting down.

Now the Left’s radical transgender footsoldiers are trying to reverse the Texas law.

The Human Rights Campaign, a far-left LGBTQ+ advocacy group, took out an ad in The Dallas Morning News — along with over 60 “woke” companies—calling for Texas to change its policy.

“More than 60 major companies are calling on officials in Texas – and across the country – to abandon discriminatory efforts against trans youth and all LGBTQ+ people. Discrimination is bad for business, bad for employees and bad for families.”

More than 60 major companies are calling on officials in Texas – and across the country – to abandon discriminatory efforts against trans youth and all LGBTQ+ people.

Discrimination is bad for business, bad for employees and bad for families. pic.twitter.com/5sgDTmY8cF

Unfortunately for the Left, they are losing the argument.

When the average American sees the radical nonsense the Left is peddling to children, they are horrified.

The starkest example is the growing problem of biological males competing against biological females in sports and dominating.

Nevertheless the HRC ad stated “Our companies do business, create jobs, and serve customers in Texas… We are committed to building inclusive environments where our employees can thrive inside and outside of the workforce. For years. We have stood to ensure LGBTQ+ people — our employees, customers, and their families — are safe and welcomed in the communities where we do business.”

60+ companies signed on to this ad, including Apple, Capital One, Google, IBM, Johnson & Johnson, Meta, Microsoft, Salesforce and Unilever, agreeing with HRC that it is exclusionary to question whether 10-year-olds should be mutilating their bodies or taking irreversible hormone treatments.

The Left — and these “woke” corporations — apparently have nothing to say about the many trans people who have detransitioned.

Thus far, Texas has not backed down.

The good news is Republicans are figuring out that if they stand strong, the leftists and their “woke” corporate pals’ fake outrage will fizzle and they’ll move to something else after a news cycle or two.

Leftists were screeching about the Texas abortion law, and now it’s an afterthought.

Conservatives have to stop ceding ground to the Left in the culture war.