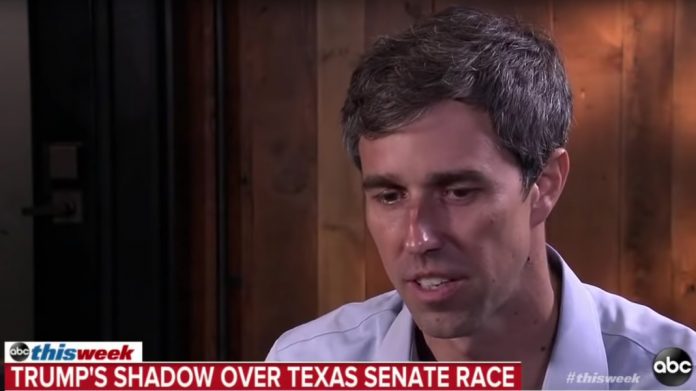 “Freedom of religion” is expressly protected under this First Amendment.

But the Democrat Party has grown increasingly hostile to expressions of faith.

And these Democrat candidates just launched a vicious assault on religious liberty.

Faith-based adoption agencies are protected in many states from having to place a child in a home with homosexual parents.

Based on their religious views, many of these agencies believe that all children deserve both a mother and a father.

But Democrat candidates across the country are launching a vicious assault on these agencies in an effort to shut them down.

But at a recent rally he attacked a Texas law that allows faith-based adoption agencies to decline to place children with gay parents.

O’Rourke said, “in this state, with 30,000 kids in the foster care system… they say that under the guise of religious liberty that you can be too gay to adopt one of those children who needs a loving home.”

But as David Closson, a research fellow at the Family Research Council showed in an op-ed in the National Review, O’Rourke is either lying or misunderstands the law.

The campaign explained that O’Rourke’s claim was based on a 2017 state law under which faith-based adoption agencies may decline to place children with same-sex couples because of sincerely held religious beliefs about marriage and human sexuality. Significantly, the Texas law does not prevent anyone from adopting, and even mandates that if an agency cannot work with a same-sex couple, it must direct the couple to another agency that will work with them. Even Texas Equality, the state’s largest gay-rights advocacy group, admitted that gay and lesbian couples are not barred from adopting children in Texas.

Thus, O’Rourke’s assertion that one can be “too gay to adopt” in Texas is patently false. Charitably, his comment reveals a misunderstanding of Texas law. More likely, it exposes a prejudiced view of the religious beliefs of millions of Americans who believe children deserve a mother and a father.

But O’Rourke’s not the only one.

Michigan’s Democrat attorney general candidate said, if elected, she will disregard a 2015 law that protects religious liberty of these agencies because she “could not justify using the state’s money defending a law whose only purpose is discriminatory animus.”

Closson adds that the assault on these agencies has not gone unnoticed.

In May, 80 federal lawmakers (60 Congressmen and 12 Senators) sent a letter to President Trump, warning him that “faith-based child welfare organizations are being targeted, bullied, and silenced across the country.”

Several states have acted to protect faith-based adoption agencies as well. This summer Kansas and Oklahoma joined Alabama, Michigan, Mississippi, North Dakota, South Dakota, Texas, and Virginia by passing laws that prohibit state and local governments from discriminating against faith-based adoption providers. Five of these nine states have passed their laws since 2017.

Underscoring the need for such protections is the case of Catholic Charities of Buffalo in New York, which announced they were terminating their adoption and foster care services after 95 years.

Because New York was attempting to compel them to place children with same-sex couples.

What are your thoughts about the Democrats’ continued assault on religious liberty in America?