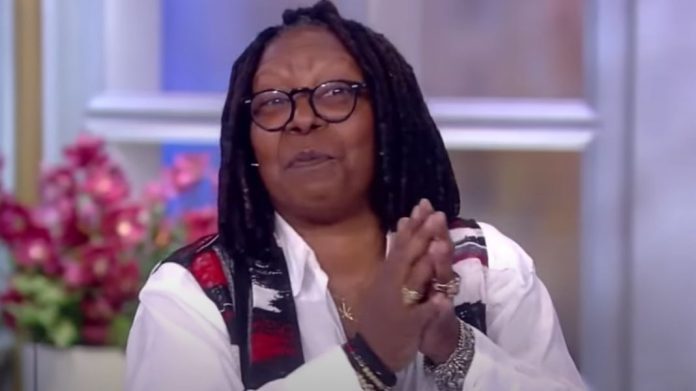 Trump Derangement Syndrome has infected more people in Hollywood than the coronavirus.

One show after another competes for the label of most unhinged Donald Trump take.

Now these co-host of The View are spreading a crackpot conspiracy theory about Trump.

Donald Trump recently contracted COVID-19, and much to the dismay of many people on the Left and in the Fake News Media, he quickly bounced back from the virus.

But Trump’s coronavirus diagnosis and subsequent travel to Walter Reed Medical Center led to a lot of speculation among Democrats.

Some believed he was sicker than he let on, and others believe he completely made up the COVID-19 diagnosis.

Whoopi Goldberg of The View falls in that latter category.

During a segment with Never-Trump RINO Ana Navarro, Goldberg tossed out the theory that Trump faked having the coronavirus, and co-host Joy Behar agreed.

Navarro stupidly criticized the concept of herd immunity, which was the strategy successfully employed by Sweden so far.

Sweden’s death rates were comparable – and in some instances better – than strict lockdown countries.

Sweden also didn’t torpedo its economy, and they’re not experiencing the second wave other countries have.

That prompted Goldberg to say:

So the Democrats who routinely accuse right-wingers of being conspiracy theorists and spreading misinformation are openly tossing out the idea Trump pulled off a massive hoax.

The idea is too insane to entertain.

It would require the cooperation of White House medical personnel as well as the medical staff at Walter Reed.

Trump can’t go one day without someone in the administration with an axe to grind leaking information.

The notion that such an elaborate deception would pass muster is absurd.

That’s when Behar jumped in to co-sign the crackpot theory.

Again, this is ridiculous.

COVID-19 is not a death sentence for the overwhelming majority of people who contract it.

Many people experience either mild symptoms or no symptoms at all.

Overcoming the coronavirus in five days is not unusual unless one believes in the over-the-top hysteria orchestrated by the corporate press.