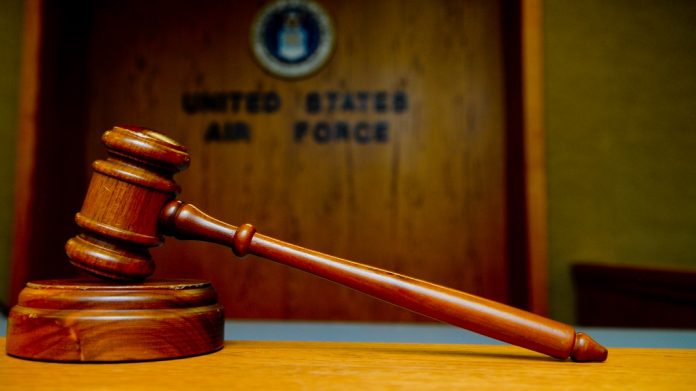 The radical leftists lost the “Masterpiece” bakery case in the Supreme Court, and now they are out for revenge.

They want to force Christians to obey their societal demands, or face the consequences.

And what this state is forcing these Christian wedding vendors to do is unconscionable.

Minnesota has already ruled in a lower court that their “Human Rights Act” necessitates that they must make gay wedding films or face the consequences.

Two Christian filmmakers appeared before the 8th Circuit Court of Appeals in St. Paul Tuesday to challenge Minnesota state law which they say illegally forces them to produce and create films expressing messages that contradict their core beliefs.

Telescope Media Group owners Carl and Angel Larsen have already been threatened with hefty fines and up to 90 days in jail if they choose to disregard the law.

The couple is being represented by the Alliance Defending Freedom (ADF).

The Larsens want to enter the wedding industry. However, the state’s Human Rights Act stipulates if the couple creates films celebrating their Christian beliefs about marriage – that marriage is between one man and one woman, they must also create films about marriage that violate their beliefs, including films promoting same-sex marriages.

“The government shouldn’t threaten filmmakers with fines and jail time to force them to create films that violate their beliefs,” said ADF Senior Counsel Jeremy Tedesco in a press release. “Carl and Angel are storytellers – they script, stage, conduct interviews, capture footage, select music, edit and more – all to tell compelling stories through film that promote their religious beliefs.”

The U.S. Supreme Court ruled 7-2 in Masterpiece that the government must respect the belief—held by countless Americans from all walks of life—that marriage is between one man and one woman,” he continued. “The 8th Circuit should reinstate the Larsens’ lawsuit and order the state to stop forcing the Larsens to speak messages about marriage that violate their beliefs.”

This has become an epidemic across the United States.

Christians are being pressured to throw away their religious beliefs and bow down to the LGBT agenda.

But Christians are not having it.

Most recently the Supreme Court ruled in a 7-2 decision in favor of a Christian bakery “Masterpiece Cakes.”

The Supreme Court ruled that the bakery is exempt from baking a cake for a gay couple because of their religious background.

However, in Oregon, another Christian bakery is facing a very similar issue, and an appellate court ruled that the bakery must make the cake or face consequences.

The truth is, when Christians simply try to exercise their freedom of religion they are publicly shamed and penalized.

But when any other group exercises freedom from religion, they are praised by the media and Hollywood culture-drivers.

We will keep you up-to-date on this ongoing story.