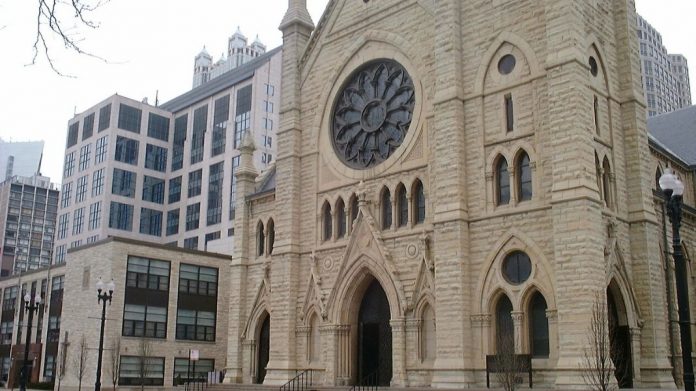 There is a growing movement of churches and Christian leaders who are standing up to the government’s shelter-in-place orders that are keeping people from gathering to worship.

Naturally, the government is fighting back and there could be terrible consequences for those defying the orders.

These Chicago churches are officially defying the city’s shelter-in-place orders and the local government could be preparing to do something terrible to them.

When states, counties, and cities started creating shelter-in-place orders in response to the COVID-19 crisis, many of these regulations were put in place out of fear and with a lack of knowledge and plan to reopen.

The lockdown orders are dragging on and over 36 million Americans have lost their jobs and thousands of businesses are closing their doors for good.

Another unintended consequence of these shut down orders has been the destruction of our First Amendment rights . . . the freedom of religion.

The government does not have any authority in the Constitution to stop people from gathering to worship.

But they’ve effectively shut down nearly every church in the United States.

Now, church leaders are starting to fight back against these orders and continuing worship services with or without permission from their local government.

More than 100 churches in Chicago have decided to open their doors – even under the threat of being arrested, fined, or permanently shut down.

The Chicago Mayor has been particularly tough enforcing the Chicago lockdown rules and it is unclear if she will respect these churches’ First Amendment right to gather and worship or not.

Elsewhere in the United States, spiritual leaders are also beginning to resist these regulations and several lawsuits are being filed against state and local governments for forcing these churches to shut down.

Sadly, many churches are financially hurting from the crisis since so many of their tithes are made in-person on Sunday each week.

These shelter-in-place orders could bankrupt thousands of churches across the United States.

Is the government violating Americans’ First Amendment rights by preventing churches from gathering together to worship?