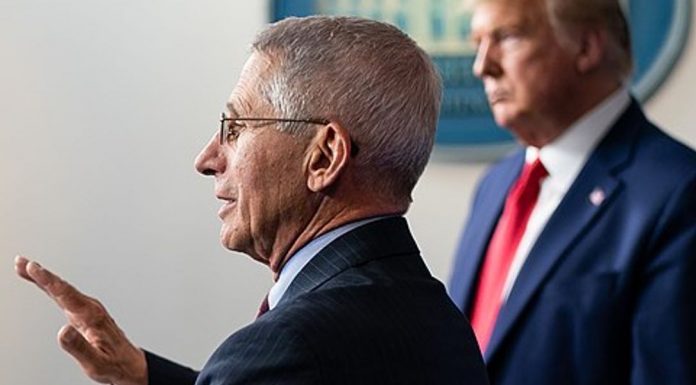 From a liar to a fraud, to someone who lies to Congress, Dr. Fauci is a lot of things these days.

But the Fake News Media’s obsession with Dr. Fauci has hit a new low as they have now crowned him a sex symbol.

Don’t worry though – there is hope for you with the ladies yet as Dr. Fauci was crowned the sexist man alive.

Don’t you miss the days when we didn’t know the name Dr. Anthony Fauci?

Well, one of the plagues brought on us by COVID is the fraud and liar known as Fauci.

You can blame the loss of millions of jobs, the absence of education, and the deaths of thousands on Fauci himself.

The man just lies all the time.

Happy anniversary to one of the worst takes ever.

One year ago today, Dr. Fauci went on 60 Minutes and said you didn't need to wear a mask.

But then a couple weeks later, he did a 180 and claims that masks are critical in fighting COVID.

And with the data in, his last take on masks is the lie.

Then he went in front of Congress and lied claiming that the United States and his department at the NIH never funded “Gain-of-Function Research” at the Wuhan Lab.

That’s important since many strongly believe that gain-of-function research led to the development of COVID-19.

Video thread of Dr. Fauci's testimony after @RandPaul accuses him of lying about gain-of-function research in Wuhan.

"Senator Paul, I have never lied before the Congress…you do not know what you are talking about…and I want to say that officially." 1/pic.twitter.com/Zbv53UyF4H

Then low and behold, it has come out that the NIH not only funded gain-of-function research in Wuhan, but did it specifically with coronaviruses.

But through all of his lies, the Left has still viewed Fauci as their main man.

And they have now crowned him the sexist man alive.

Anthony Fauci, an 80-year-old scientist, doctor and public servant, has become an unlikely cult hero for millions of people during the Covid pandemic.

The US diseases expert has been spoofed by Brad Pitt and lauded as the ‘sexiest man alive’.

There is hope for you too.