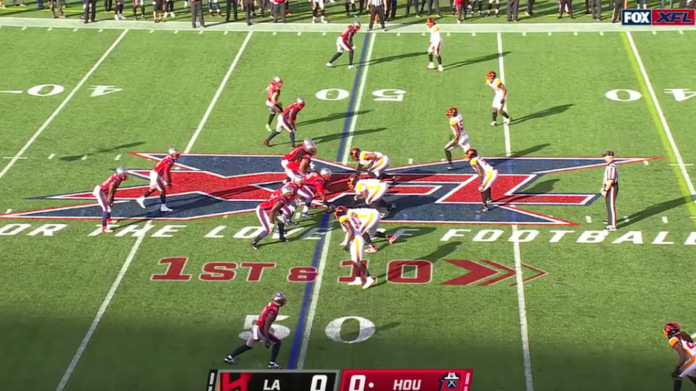 The NFL has been mired in controversy over the past few years.

Sensing cracks in the NFL’s seams, the XFL is returning to provide fans with some spring football.

And now the XFL banned one act that had liberals hopping mad.

The XFL is back.

Vince McMahon’s failed experiment from years ago is getting a reboot, but this time the league might be able to carve out a niche fan base.

The NFL lost many fans in recent years for several reasons, including poor officiating, excessive penalties, concerns over CTE, and political demonstrations.

On the issue of politics, the XFL is taking a very strong stance.

The league refuses to make the same mistake the NFL did when Colin Kaepernick’s anti-American anthem protest swept across the league.

XFL commissioner Oliver Luck prohibited the display in the strongest of terms.

Luck said “there will be consequences” for players who violate the rule.

This is precisely what the NFL should’ve done from the start.

Instead, NFL commissioner Roger Goodell botched the controversy from the beginning.

He didn’t learn his lesson from the NBA, which banned political displays during the singing of the Star-Spangled Banner in the 1990s after point guard Mahmoud Abdul-Rauf protested during the anthem.

Goodell’s actions led to a massive drop in television viewership and stadium attendance.

It got so bad, the New Orleans Saints and a handful of other teams apologized to season ticket holders for the ugly displays.

One of the low points during the anti-American hysteria was when members of the Jacksonville Jaguars played a game in London and knelt for the Star-Spangled Banner, then stood for God Save the Queen.

Fans are sick of being lectured to in every aspect of their lives.

Coincidentally, Kaepernick had discussions about playing in the XFL, but his salary demands were so exorbitant, the conversation didn’t go anywhere.

Somehow Kaepernick has positioned himself as a man of the people while raking in millions for book deals and shoe contracts.

Kaepernick isn’t fighting against the system.

He’s being embraced by the system.

The system is who’s giving him awards, praising him for his “bravery,” and lining his pockets.

It’s unclear if the XFL will be successful as a credible spring alternative to the NFL, but they’re ahead of their competition in at least one area.

Should the NFL adopt a similar policy regarding the national anthem?