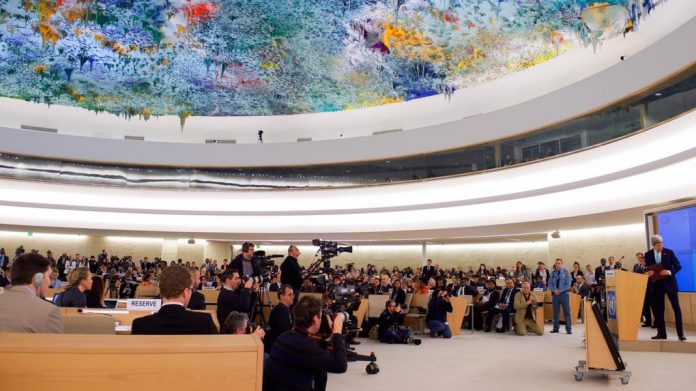 The radical left parades the European globalist “utopia” as the wave of the future.

They think America should follow suit with their so-called “progressive” agenda.

But what the globalists in Germany just ruled is simply terrifying.

The Supreme Court of Germany recently ruled that a child marriage is lawful as long as it occurs before entering the country.

The court has in turn ruled that it is unlawful to outright ban child marriages.

The decision comes from a case where a husband married his wife while he was 21 and she was just 14.

The Federal Supreme Court of Germany ruled earlier this month that child marriage is constitutional so long as it takes place prior to entering the country.

According to the German publication Die Welt, the court ruled it unconstitutional for Germany to outright ban child marriages that were lawfully conducted abroad.

“In the specific case, it was about a Syrian refugee couple, who had fled in August 2015 over the Balkan route because of the war to Germany,” reports the outlet. “The couple had previously been legally married on 10 February 2015 in a Syrian Sharia court. The husband was 21 years old on his wedding day, his wife was at the age of 14.”

Upon immigrating to Germany from Syria, the couple was separated following registration in the Schweinfurt facility. The 14-year-old girl had been placed in a youth welfare facility for female underage refugees; her appointed guardian was the Aschaffenburg youth welfare office. Her 21-year-old husband had no contact with her and was not even informed of her whereabouts.

The Gatestone Institute reports that a family court in Aschaffenburg ruled against the husband after he filed suit; a Bamberg appeals court later overturned that ruling in 2016. Alarmed by the obvious consequences, the German parliament passed legislation in 2017 banning child marriages after German Interior Ministry revealed in 2016 that “1,475 married children — including 361 children under the age of 14 — were known to be living in Germany as of July 31, 2016.”

Germany is proud of its open borders, and inviting unvetted Syrian refugees in by the thousands.

But this is what happens when a country lets anyone and everyone in – no questions asked.

And it’s also why Americans don’t want tens of thousands of unvetted immigrants flooding in.

The immigrants think they don’t have to assimilate to the new culture at all, and in many cases think they can bring over Sharia law from their home country.

Not only that, but Germany has had a problem with the explosion of violent crime from muslim men, primarily in the form of rape.

In fact, the Gatestone Institute also reported that high-ranking police officials have a strict order to not report on crimes committed by refugees.

There is no doubt that the globalists’ agenda at hand has had a role in the ruling to recognize child marriages.

And their next target is the United States.

This is exactly why millions of Americans have supported Donald Trump to secure our borders, and make sure that immigration is done the right way.

Do you think child marriages are wrong? Let us know what you think in the comments.