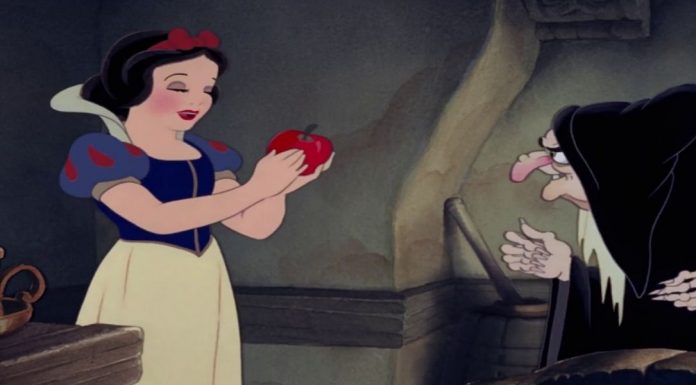 First, they went after Dr. Seuss.

Then it was automatic soap dispensers.

And now the woke outrage mob is going after Snow White and you’re not going to believe why.

In Anaheim, California, Disneyland reopened last week after being shut down for more than a year due to “COVID concerns.”

The amusement park wasn’t open a week before the woke outrage mob found something they didn’t like about it.

A revamped version of Disneyland’s famed Snow White ride has come under fire from the left-wing extremists.

It appears people are upset about the “true love’s first kiss” scene that they believe undermines lessons about consent by portraying the Prince kissing Snow White while she is asleep.

If you didn’t already believe the “woke” leftists were absurd, this should seal the deal for you.

These people are upset over a cartoon and its portrayal on a ride.

It is hard to fathom that any child would get the idea it’s okay to sexually assault a woman from a ride.

Once again, the Left has taken something meant to be very innocent and turned it into something absolutely ridiculous.

The ride previously focused on the wicked Queen and was known as “Snow White’s Scary Journey.”

In the revamp, the creators were looking to take a more lighthearted approach to the fairytale.

The ride ends with the Prince, believing that Snow White has died, kissing her, which in turn breaks the Queen’s curse.

One leftist said that it could not “possibly be true love” because Snow White did not give her consent.

Another stated, “It’s hard to understand why the Disneyland of 2021 would choose to add a scene with such old fashioned ideas of what a man is allowed to do to a woman, especially given the company’s current emphasis on removing problematic scenes from rides like Jungle Cruise and Splash Mountain.”

No, what is really hard to understand is how grown men and women actually think it’s okay to conjure up these bizarre scenarios about fairytales.

It is a sick world when adults are no longer able to enjoy the innocence of a story from the 1930s and instead must make a political matter of it.