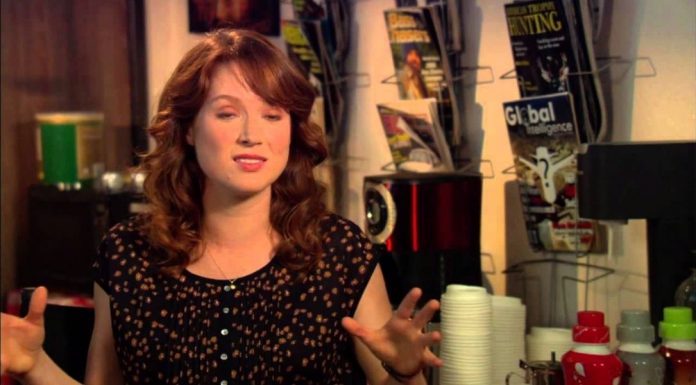 The Left continues to push a “woke” agenda, and nothing is safe from their continued attacks on everything pure and wholesome.

One thing they’ve cornered the market on is getting celebrities “canceled” for past behavior that, in many instances, was completely innocent and void of any racist connotations.

And now the woke mob has an opinion on beauty pageants, and it is sure to shock you.

And it appears that beauty pageants are something that triggers the woke lefties because the pop culture website The A.V. Club posted a headline that read, “Oh great, Ellie Kemper is yet another rich white celebrity with a racist past.”

Yup, Ellie Kemper is a racist for being in a beauty contest.

In the article, Tatiana Tenreyo wrote, “You might be wondering what’s so wrong about being crowned queen of some ball. Well, the Fair Saint Louis was previously known as the Veiled Prophet Ball, and it is racist as (insert unnecessary expletive).”

Note that the title of the post about the article indicates that Ellie Kemper is a racist, but when you read its contents, you see that it’s the actual Ball they’re calling racist.

According to an article from 2014 in The Atlantic, the Veiled Prophet Organization initially barred Black and Jewish people from joining. It was apparently an organization for the white elites of Missouri.

Every year there was a Veiled Prophet parade, and a debutante was named.

The parade was started by a Confederate officer in 1878.

So, in the mind of a woke mob member, because the contest had a racist past and Ellie Kemper won it 121 years after its founding – she is, therefore, a racist.

This is nothing more than absolute slander by The A.V. Club, and they owe Kemper an apology.

Nothing proves that Kemper herself is a racist or was a racist twenty-two years ago when she won this contest.

The ball had been desegregated decades before and even featured all black music group The Temptations as a musical act.

But by all means, don’t let these facts stand in the way of a good narrative.

The Left continues to push this “if they don’t like it then it’s racist” philosophy, even if it means hurting innocent people.