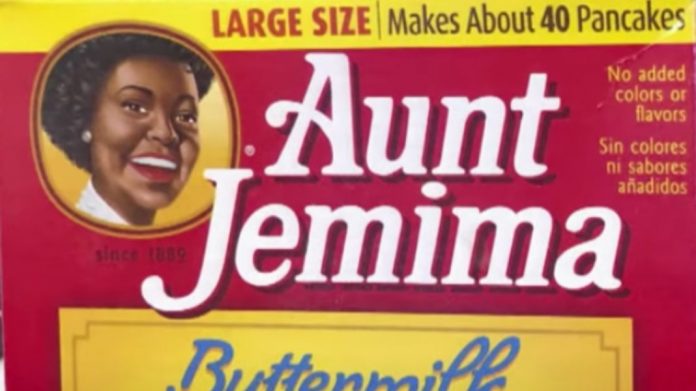 Aunt Jemima Syrup and pancake mix has been a staple in American pantries for decades.

But in the woke Left’s crusade to find racists around every corner, the brand came under fire.

There seems to be no end to the “woke” Left’s crusade to change America.

For years, they have been targeting anything they perceive to be racist.

They first targeted Confederate Monuments, and have since moved on to anything and anyone that doesn’t fit their strict politically correct guidelines.

And it turns out that Aunt Jemima Syrup isn’t okay to them.

The Quaker Foods company, which has made the syrup for 130-years, has announced that the syrup is being renamed to “Pearl Milling Company.”

Their decision comes because “Aunt Jemima’s origins are based on a racial stereotype,” according to the company.

“We recognize Aunt Jemima’s origins are based on a racial stereotype,” Kristin Kroepfl, vice president and chief marketing officer of Quaker Foods North America, said in a statement. “As we work to make progress toward racial equality through several initiatives, we also must take a hard look at our portfolio of brands and ensure they reflect our values and meet our consumers’ expectations.”

In justifying the name change, the company states that Pearl Milling Company was the originator of the syrup brand.

“Though new to store shelves, Pearl Milling Company was founded in 1888 in St. Joseph, Missouri, and was the originator of the iconic self-rising pancake mix that would later become known as Aunt Jemima,” the company said.

The claim that Aunt Jemima Syrup is racist is based on the claim that the woman pictured is based on a slavery-era stereotype, despite the fact that it simply appears to be nothing more than a black housewife.

But while the woke Left may believe this, descendants of the women Aunt Jemima was based on don’t.

Relatives of Lillian Richard and Anna Short Harrington, who were hired by the company to portray the character are speaking out.

“This is an injustice for me and my family. This is part of my history, sir,” Larnell Evans Sr., a great-grandson of Harrington, told Patch.com. “The racism they talk about, using images from slavery, that comes from the other side – white people. This company profits off images of our slavery. And their answer is to erase my great-grandmother’s history. A black female. […] It hurts.”

Evans went on to state that the picture of her was added “after slavery,” and that removing her is erasing his families history.