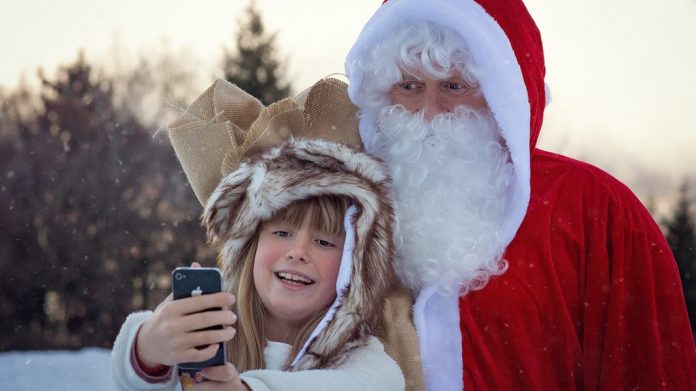 Leftists are waging an all-out War on Christmas.

It started with banning nativity scenes and candy canes.

A new poll from GraphicStrings revealed that 19% of people want Santa to be neither male more female, and an additional 10% said he should be a woman.

The company got the input of 400 people from America and the United Kingdom about ways to modernize St. Nicholas in October and November. They then used the top suggestions to survey 4,000 people on how they would envision a 2018 version of the legendary character.

The results showed that roughly 19 percent of US people believe Santa should be identified as neither male nor female. More than 10 percent said Santa should identify as a woman, which means about 70 percent of people still believe Father Christmas should be a male.

The survey also touched on what people think a modern day Santa should look like.

Traditionally, the character is represented as a bearded old man with his iconic white and red suit, black belt, matching boots and a reindeer-drawn sleigh.

Santa Claus is an iconic childhood figure of goodwill and peace toward all.

He is based on the patron Saint Nicholas, who was a man that gave gifts to the girls and boys of his town.

He is a reminder that people should be kind and forgiving toward each other all year long.

Do you think Santa Claus should be a woman? Let us know your thoughts in the comments below.