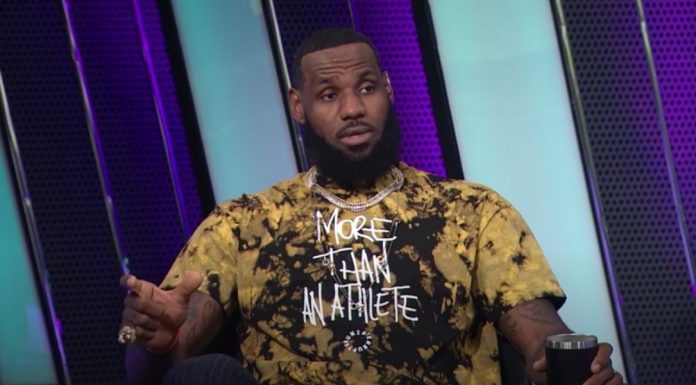 That goes double for the vipers on The View.

And the hosts scolded one superstar for an insane reason.

NBA superstar LeBron James is suddenly under fire from the Left.

His “crime” was refusing to encourage everyone to get the vaccine.

It makes sense for an NBA player to avoid wading into personal health decisions, but that’s not good enough for the authoritarian Left.

They want everyone to get the vaccine no matter what.

That’s why the hosts of The View went at James and scolded him for not being a propaganda piece for big pharma.

LEBRON HAS NO PUBLIC STANCE ON VACCINATIONS? While 90% of NBA players are vaccinated and basketball legend Kareem Abdul-Jabbar urged the rest of the players to get on board, vaccinated LeBron James feels it’s a personal decision – the co-hosts weigh in. https://t.co/niKyNT0ZGo pic.twitter.com/wMrhs4zYsh

Several NBA players have spoken out on the illogic of the COVID regime.

Jonathan Isaac of the Orlando Magic and Bradley Beal of the Washington Wizards have both questioned the push to vaccinate elite athletes in their 20s, some of whom have already recovered from COVID.

Sunny Hostin of The View was probably the most forceful in her critique of James:

“I was really deeply disappointed that he said that just because he has such a large platform…In America we talk about personal freedoms so much because it is really the foundation of our country, but what we have to realize is that as citizens…we don’t have the right to harm our colleagues and our colleagues’ families,” Hostin declared.

The Left is always “disappointed” when a celebrity doesn’t parrot their talking points.

James is supposed to get in lockstep with the COVID regime, and he’s not doing it.

The corporate-controlled press cannot stand the fact that some prominent celebrities are asking simple questions that are not being addressed by news “journalists” and public health officials.

At some point, the dam has to break with all of the COVID contradictions backing up.

That could happen as more celebrities begin to speak out against the COVID regime.