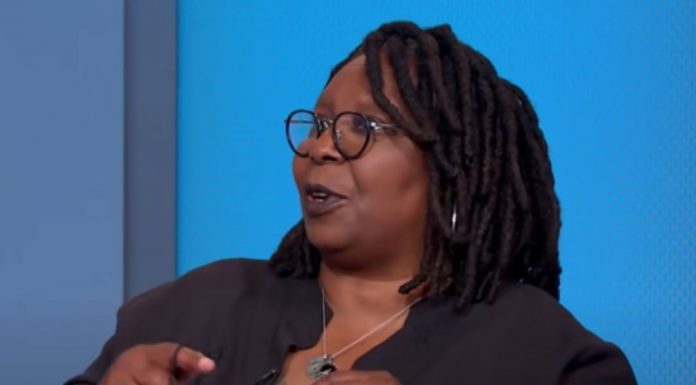 We all know what to expect from the leftist trash on The View.

But this is a new low even for these radical leftists.

The View hosts viciously attacked Christians live on air for being pro-life and it’s their worst yet.

By now we have all seen what many suburban women flock to for their main source of news and entertainment.

The View is a go-to for Karens across the country and it really shows.

Between Joy Behar and Whoopi Goldberg, the show spews nothing but hate towards Trump and middle America.

But their latest attack is even a new low for them.

With Megan McCain gone from the discussion table as the only voice right of Joseph Stalin, The View co-hosts of Whoopi Goldberg, Joy Behar, Sunny Hostin, and Sara Haines ran an unanswered attack on pro-life Christians.

With Texas growing a pair and standing up for unborn babies in the womb by allowing civil action against those who kill babies, the co-hosts went in on Christians for claiming to be pro-life.

Whoopi got the conversation started by claiming, “When you say that you can’t get an abortion, whether you’ve been raped or you have had incest, anything, that’s a punishment. They are punishing all these young women who may not be laying around trying to get next to some man, who has been molested or raped.”

And then Whoopi had everyone in shock by claiming she is a Christian parent.

She continued, “If you believe in me as a Christian parent, then I will know what’s best for my child. If my child has been raped or has been molested, allow me to take care of my child and my family.”

But don’t worry it gets worse.

Hostin – a self-described “practicing Catholic” – then chimed in on the attack of Christians claiming:

The conversation just continued with these idiots attacking Christians and conservatives.

You can watch the full conversation below:

Whoopi and the rest of The View must know of a missing passage of the Ten Commandments that says, “Thou shalt not kill, unless the person was conceived by rape.”