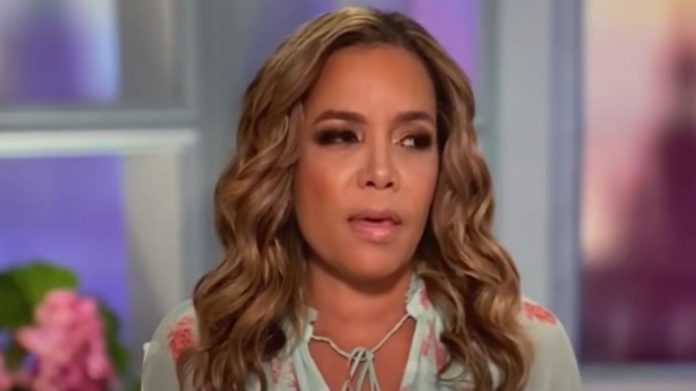 The nastiness of The View is on full display yet again.

The day-time talk show has become a reservoir of Trump Derangement Syndrome over the past four years.

Joe Rogan hosts the most popular podcast in the world, and legacy media can’t stand it.

The comedian, UFC commentator, and one-time actor has helped break the mold of what a talk show could and should be, so it’s no surprise the hosts of The View and other so-called mainstream media outlets can’t stand him.

Rogan recently announced that he would love to moderate a live four-hour debate on his show between Donald Trump and Joe Biden, and Trump enthusiastically agreed.

That forced the Left to have a conniption.

One of the most unhinged responses came from Sunny Hostin of The View.

Hostin ranted, “I am a traditionalist, as you know, I think that journalists should be hosting these debates . . . When you talk about a Joe Rogan, who has notably made misogynistic, racist, homophobic comments, that is someone that I have no interest in being given that kind of [platform].”

This is ridiculous on many levels.

Rogan is not misogynistic, racist, or homophobic, but the Left throws around these accusations with complete disregard for accuracy.

Rogan has had people of all walks of life and political persuasions on his show, and admittedly slightly leans Left.

None of that matters because he refuses to toe the party line, and he doesn’t have a journalism degree from Columbia.

Hostin’s tone-deaf snobbery is exactly why legacy media is in so much trouble.

They’ve lost control of the narrative, and they don’t know how to get it back.

Nevertheless, Biden would never agree to the debate because it almost certainly would end in disaster for him.

He routinely gaffes during softball interviews with the aid of a teleprompter.

Rogan isn’t afraid to ask persistent questions and stick to an issue until he gets a clear answer, so Biden would crumble under the scrutiny.

But the entire saga shows why long-form interviews are the future, and chirpy day-time hosts spouting Democrat talking points from a memo are a thing of the past.