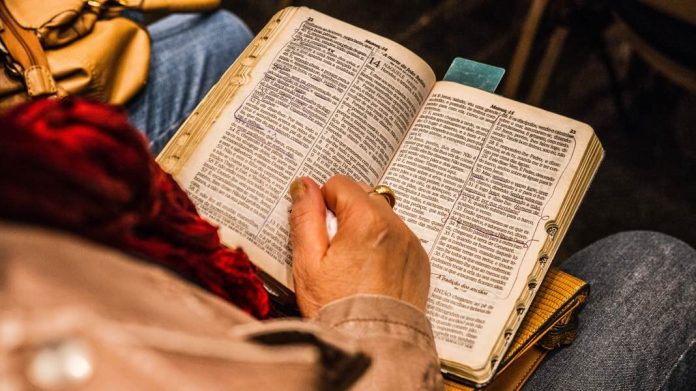 The Department of Veteran Affairs has been plagued with scandals.

And California has been known to be one of the most radically progressive states in the country.

But what the California Department of Veteran Affairs told an 84-year old Christian woman will have you seething.

Artis Breau, a widow residing in the California Veterans Home, has been the long-time host of the home’s Bible studies.

She’s volunteered as a chaplain and led Bible studies for the past decade.

Artis and her late husband moved to the Veterans Home in 2010.

Her husband served in the Marines with the famed 82nd Airborne Division during World War II and with the Air Force during the Korean War.

During their stay at the Veterans Home, Artis made it a priority to lead the Bible studies.

But last September, officials issued warnings to her when it was claimed another resident stated he lost sleep because of a conversation about heaven and hell.

The officials claimed this was tantamount to elder abuse and emotional abuse, which is illegal.

In mid-December, the Home informed Artis that her volunteer status was being suspended indefinitely because of the ongoing investigation.

But the only thing that should be investigated is the Veterans Home’s treatment of the widow of a war hero.

Instead, Artis is being threatened with eviction should she continue to lead Bible studies for those that voluntarily attend and wish to learn more about the gospel near the end of their life.

One organization is making it their mission to protect Artis against what appears to be religious discrimination.

“Throughout this process, we have been deeply disturbed not only by the lack of constitutional guidelines, ineptitude, and lack of due process in the investigation, but even more by the notion that discussing religious views on the eternal state of the soul is somehow elder abuse or emotional abuse.”

Artis’ husband fought to preserve the freedoms now being threatened by America’s very own Department of Veterans Affairs.

It should be no surprise this scandal is coming from the leftist paradise that is California.

But our veterans and their families deserve better.

What do you think should happen to the officials in the VA who are allowing this gross violation of practicing your faith? Let us know in the comments!