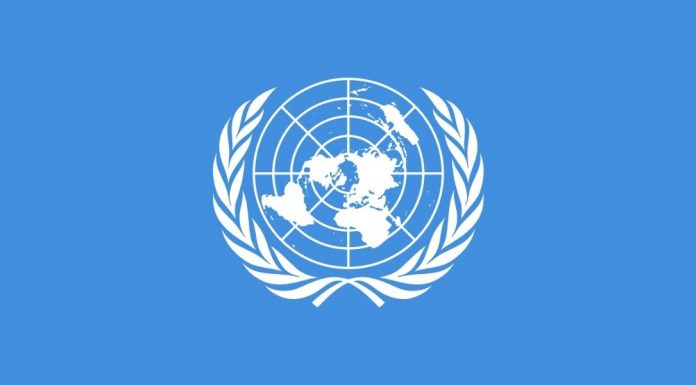 Parents in the U.S. and around the world are waking up to the disturbing reality that their children are being fed leftist “woke” propaganda in the classroom at an alarming rate.

The federal government is already giving tax dollars to organizations to promote radical education programs in classrooms across America.

Now the United Nations is even saying parents can’t teach their children about this basic topic.

The United Nations has started promoting what they call “Comprehensive Sexuality Education” (CSE) outside the classroom.

And they are pushing it from Nepal to Nebraska.

The United Nations Population Fund is providing a sex education framework for school-aged children outside of the classroom setting.

The UN states that “parents often lack the competencies to provide evidence-based, age-appropriate sexuality education to their children.”

One of the many things this radical curriculum redefines is abstinence, saying it is “deciding when to start having sex and with whom,” and this is being taught to fourth graders.

The CSE goes on to lay out that those who are teaching transgender youth should label diagrams of male and female anatomies “inclusively” by not using gender-specific language and not assigning body parts to one particular gender.

Out-of-school comprehensive sexuality education is said to contribute to “broader goals” such as “contributing to policy change” by influencing governments to pass laws ensuring “young people’s access to sexual and reproductive health services.”

The idea of gender as a biological fact is flatly rejected repeatedly throughout the UN’s guidance.

According to the UN, male and female roles, attributes, and relationships are “learned through socialization processes.”

Comprehensive Sexuality Education is nothing more than a tool being used to indoctrinate the next generation in sexual rights ideology.

Culture Watch News will continue to update you on significant developments in this story.