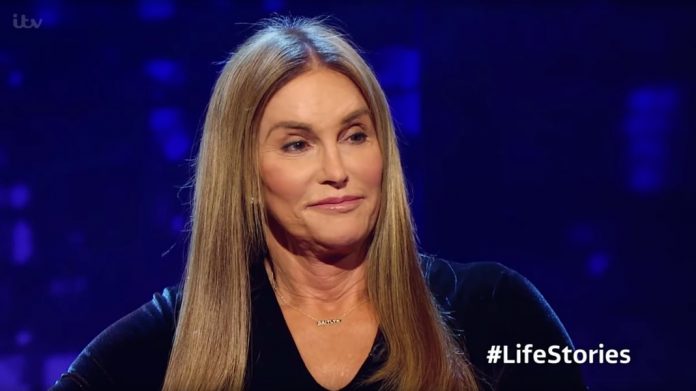 Olympian Bruce Jenner became a hero of the Left overnight by claiming he is now a woman named “Caitlyn.”

He was put on magazine covers, given awards, and elevated to hero status by the Left.

But the Left just turned on Bruce “Caitlyn” Jenner for a reason you won’t believe.

Bruce Jenner’s decision to go by “Caitlyn” occurred in 2015, shortly after allegedly causing a fatal car crash in California, which killed a 69-year old woman in Malibu, California.

This huge announcement took Jenner out of the spotlight for the accident, which he later paid out an undisclosed settlement with the victim’s family following a wrongful death lawsuit.

Instead of talking about the crash, the Fake News Media was celebrating his decision to “change his gender.”

Jenner remained a fixture in the Fake News Media for years to come, being heralded as a hero.

But that all changed in the past month, when Jenner announced that he is running for Governor in California as a Republican.

After announcing his campaign, Jenner stated he is “economically conservative, socially progressive,” with his campaign largely based on ending coronavirus lockdowns, pointing to the hypocrisy of California Gov. Gavin Newsom, who has been caught maskless inside restaurants, despite him ordering Californians not to do the same.

The announcement of his run caused liberals, especially his friends in the transgender lobby, to turn on him.

Jenner re-posted the image from Donald Trump Jr., which featured Jenner and Levine side-by-side with the text, “Conservative girls are just better looking . . . maybe that’s why the libs are always outraged for no reason.”

The angry responses came in quickly, with liberals accusing him of harming the transgender community with the post.

Bullying and making fun of your Trans Sisters will not bring you peace or help you gain acceptance with Cis people. They are using you, not lifting you up.

I hope you can have empathy and see the damage you are causing your own Trans community. Please stop. pic.twitter.com/OKcDqflevk

Caitlyn Jenner is essentially bullying a fellow trans woman. Not to mention, Sec Levine will probably get antisemitic harassment over this Bc she’s jewish. https://t.co/vYmfXzcFpP

Jenner attempting to woo Trump supporters likely won’t go over well considering he has been an anti-Trump activist for years.

And in 2018, he told Reuters, “The reality is that the trans community is being relentlessly attacked by this President. He has ignored our humanity. He has insulted our dignity. He has made trans people into political pawns as he whips up animus against us in an attempt to energize the most right-wing segment of his party.”

There is nothing “conservative” about Jenner.