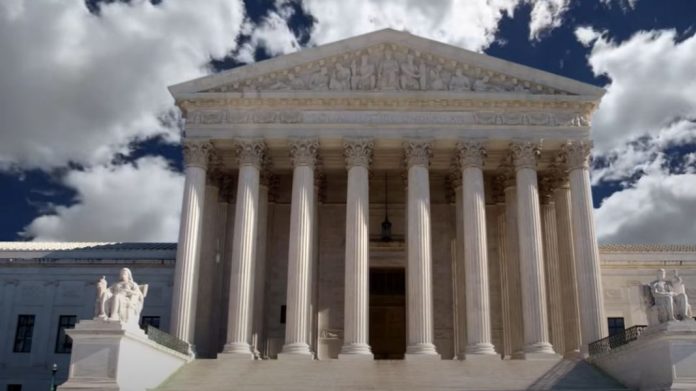 Religion is constantly under assault from the Left.

Many of them won’t be satisfied until the last vestiges of religion are purged from society.

But the Supreme Court upheld religious freedom with one surprising ruling.

Barack Obama’s Affordable Care Act was the biggest form of government overreach in a generation.

It got the Democrats one step closer toward their ultimate goal of socialized medicine in the United States, something for which they’ve been fighting for decades.

Mandating that people buy health insurance is unconstitutional, but the end-run used was that Obamacare was simply a tax.

This flimsy argument passed because Chief Justice John Roberts, a George W. Bush appointee, sided with the four liberals on the court.

Republicans have had a bad track of appointing justices that turn out to be liberals once they get on the bench.

However, the Supreme Court just ruled in favor of religious freedom in an important case regarding the Affordable Care Act.

Obamacare ordered that the Little Sisters of the Poor, an order of nuns, must pay for contraception through the individual mandate against their Catholic faith.

Waging a years-long battle against an organization called Little Sisters of the Poor is a bad look, but that’s what happened.

Donald Trump gave the nuns an exemption, and the Supreme Court upheld that with a 7-2 decision.

Only Ruth Bader Ginsburg and Sonia Sotomayor, the two most far-left justices on the bench, dissented from the majority.

“Consistent with their Catholic faith, the Little Sisters hold the religious conviction ‘that deliberately avoiding reproduction through medical means is immoral.’ They challenged the self certification accommodation, claiming that completing the certification form would force them to violate their religious beliefs by ‘tak[ing] actions that directly cause others to provide contraception or appear to participate in the Departments’ delivery scheme.’”

Thomas went on to argue that the ACA mandate violated the Religious Freedom and Restoration Act.

This is an important ruling because it shows that the state hasn’t completely stamped out religious freedom, though not for a lack of effort.

The coronavirus is the latest gambit used by the Left to limit the First Amendment rights of religious observers.

The legal and cultural battle for religious freedom must be fought continuously, or the new “religion” of atheism wins.