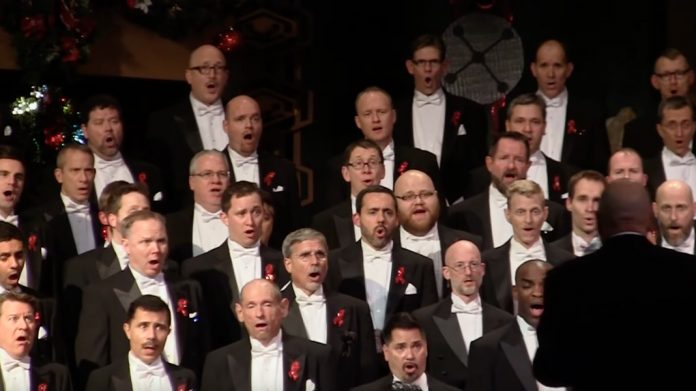 The LGBT lobby has been working overtime trying to push an incredibly radical agenda on people.

They employ forceful tactics and in-your-face campaigns to gain attention for the cause.

And the San Francisco Gay Men’s Choir has a message for your children that will send a chill down your spine.

It is no secret that the LGBT community wants to be heard, and they want everyone to not just accept the lifestyles they choose to live but to embrace them.

In fact, they’re going so far as to target children with the message of “love is love” and “you can pick your gender.”

Parents are catching wind of pro-gay lessons being taught in schools, and networks like Nickelodeon are even putting gay and transgender characters in shows once thought to be innocent entertainment.

It’s difficult for parents to shield even the youngest of children from the messages of the LGBT community.

Especially when groups like the San Francisco Gay Men’s Choir are quite literally targeting children.

Last week a music video entitled ”A Message from the Gay Community” was released by the “gay men’s choir” and the lyrics have many appalled.

The video starts with one of the singers introducing the song.

“As we celebrate Pride and progress we’ve made over these past years, there’s still work to be done. So to those of you out there who are still working against equal rights, we have a message for you,” he stated.

From there the choir begins to sing.

You think we’re sinful
You fight against our rights
You say we all lead lives you can’t respect
But you’re just frightened
You think that we’ll corrupt your kids
If our agenda goes unchecked
Funny, just this once, you’re correct

Well, they clearly wasted no time getting right to the point and letting everyone know they will corrupt your children.

These blatant references to “corrupting” and “converting” children are criminal.

How can a group of men sing like this about children and people just accept it?

Even scarier, there were people on Facebook “liking” and praising this grotesque video.

The song continues on with even more vulgar, pedophilic lyrics.

Then the final chorus kicks in with words that sound straight out of a creepy fiction book.

They’re not hiding it anymore – they are coming for your children.

It has long been speculated that the LGBT community is not just accepting of pedophilia but proponents of it and now there is no denying it.

These people want to harm your children.

America is in serious trouble.