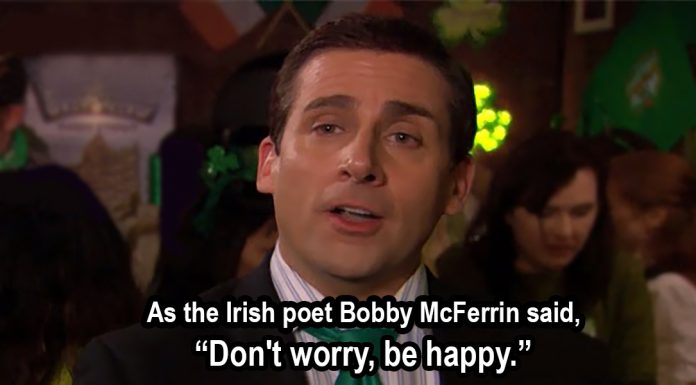 The Office is one of the most successful television shows of all time with its wit and humor.

But its quick-witted comedy got it under fire by the woke mob.

And now The Office is the latest victim to cancel culture and the woke mob.

Nearly everyone a decade ago was watching The Office.

There weren’t many shows like it with its witty lines and unusual characters.

The Office also pushed boundaries with its humor.

But like everything else good in life, the Left and the woke mob tries to kill it.

They just can’t let us have anything that questions their mindset.

And The Office found this out the hard way.

One of the series’ greatest episodes was its “Diversity Day” show.

The episode has caught a lot of blowback from the woke mob for using stereotypes.

Needless to say the episode is legendary.

Well, it turns out, after the episode has faced immense blowback from the woke outrage mob, Comedy Central has decided to cut the episode from an upcoming marathon of The Office.

Is @ComedyCentral really too chickenshit to run the ‘Diversity Day’ episode? Or is there some other reason they omit it? pic.twitter.com/U9XRxmdDIK

Just another reason to hate the woke outrage mob and cancel culture.