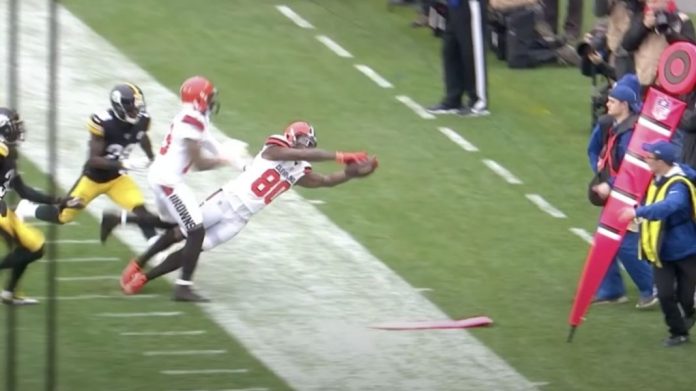 Sports leagues are becoming more “woke” by the day.

The NBA is allowing players to wear SJW-approved messages on their jerseys and the Boston Red Sox erected a massive “Black Lives Matter” banner on the seats of Fenway Park.

But the NFL just crossed the line by issuing one policy targeting Christian players.

Players can be fined if they break the rules.

If a player who flouts the anti-church rule happens to contract the coronavirus – even if it can’t be proven he got it from attending church – he will miss game checks and future contract guarantees will be voided.

In recent weeks, several players have marched in massive protests including Houston Texans wide receiver Kenny Stills, who has been a vocal supporter of the Black Lives Matter movement.

Stills was arrested along with 87 others and charged with a felony for intimidation and a misdemeanor for disorderly conduct and criminal trespass during a “mostly peaceful protest” in Louisville this summer.

The local county attorney Mike O’Connell, a Democrat, dropped the charges on Stills.

O’Connell stated that although he believed the Louisville police had probable cause for the charges “in the interest of justice and the promotion of free exchange of ideas, we will dismiss that charge for each protester arrested.”

Every move the NFL has made since June has been to capitulate to social justice warrior players.

But they won’t hesitate for a second to penalize Christian players for practicing their faith in communal worship.