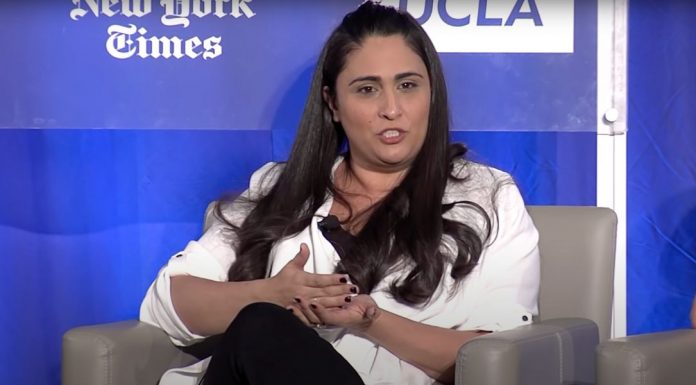 Over the past two years Democrats have proven they’re willing to sacrifice almost anything for the sake of winning a political argument.

When they do, Americans usually end up losing.

But The New York Times was furious when it dawned on them that the Left made a massive mistake.

The New York Times is tearing into parents as the Left realizes it made one massive mistake after more than a year of mostly pointless lockdowns.

In most of America’s biggest cities, the lockdowns left countless students academically bankrupt.

Kids have been lost in ways that may prove to be nearly irreparable.

And now Democrat politicians and their pals in the media elite are terrified they’ll be forced to pay the price on Election Day.

But instead of admitting fault and apologizing, The New York Times is striking out in anger.

Virginia Governor Glenn Youngkin shocked the political establishment when he and other top-level Republicans won in Virginia last November.

The Republican managed to pick up supporters from across the political spectrum including independents and former Democrats who were fed up with their party after months of virtual school, masking, vaccine mandates, and woke indoctrination when children are allowed inside school buildings.

Now Democrats are terrified parents across the nation are going to abandon their party in favor of more family friendly, medical freedom focused candidates.

In order to head off that sort of disaster nationwide, The New York Times recently ran a hit piece in an apparent effort to shame parents out of standing their ground.

The piece opened by describing a protest near San Francisco.

“Most had never been to a political rally before. But after seeing their children isolated and despondent early in the coronavirus pandemic, they despaired, they said. On Facebook, they found other worried parents who sympathized with them,” Times writer Sheera Frenkel reported. “They shared notes and online articles — many of them misleading — about the reopening of schools and the efficacy of vaccines and masks. Soon, those issues crowded out other concerns.”

The writer went on to make it clear Joe Biden’s failed Orwellian ministry of disinformation — the corporate-controlled media is already ensuring anything that isn’t approved by their leftist filter can’t possibly be accurate.

“I wish I’d woken up to this cause sooner,” Frenkel quoted one mother, Lisa Longnecker, as saying. “But I can’t think of a single more important issue. It’s going to decide how I vote.”

For Democrats and their friends in the media, parents like Longnecker are a terrifying force.

In Frenkel’s words, “Longnecker and her fellow objectors are part of a potentially destabilizing new movement: parents who joined the anti-vaccine and anti-mask cause during the pandemic, narrowing their political beliefs to a single-minded obsession over those issues.”

She then continued on to articulate what’s really infuriating Democrats: the failure of their “sheep” to come back to the fold the minute they pretended to back off of draconian lockdown policies.

“Their thinking hardened even as COVID-19 restrictions and mandates were eased and lifted, cementing in some cases into a skepticism of all vaccines,” Frenkel wrote of parents who abandoned the Democrats when they realized they have been enabling a regime of power-hungry dictators who don’t care about their well being or that of their children.

Leftists can spend as much time and energy as they want mocking parents who don’t fall in line with their every whim, but they’re about to learn something about the power of a parent’s love—and the fall out of revealing their true goals to formerly-deceived followers.