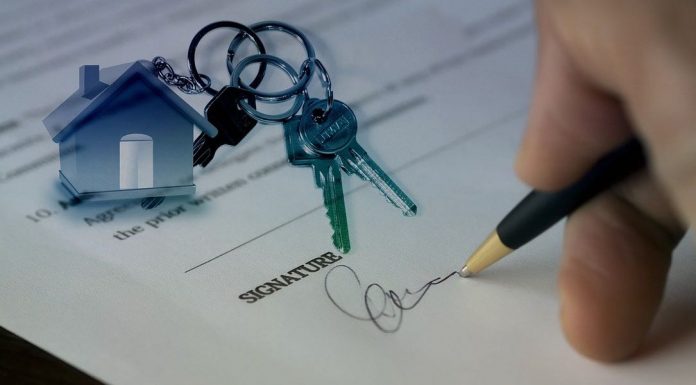 It’s becoming commonplace to see companies regulate what their employees can say in the workplace or read on the Internet while at work.

The woke Left wants to make sure that no one’s feelings are being hurt and that everyone is reading the propaganda they’re pushing out.

Now, however, the nation’s largest trade organization has made moves to ban this one thing whether you’re at work or at home.

The National Association of Realtors (NAR) has revised its professional ethics code to ban “hate speech and harassing speech” by its 1.4 million members both professionally and privately.

Yes, you read that correctly, the National Association of Realtors can now regulate the speech of their members both at work and in the privacy of their own homes.

The code prohibits the use of “hate speech and harassing speech” 24/7 in all communication, written, spoken, online, and offline.

Not only that, but the NAR gets to decide what is deemed hateful or harassing, and any member of the public can file a complaint against a Realtor.

NAR’s decision has alarmed many real estate agents who point out the hate speech ban’s vagueness is an invitation to censor political opinions, especially on race and gender.

Robert Foehl, business ethics and law professor at Ohio University, said, “The dam has broken, and other organizations will look at this. If this is good for real estate agents, why not attorneys, why not doctors?”

This specific hate speech policy is noteworthy because it sweeps up 1.4 million people under an ethics standard that explicitly limits private speech, to be judged through formal procedures.

If found in violation of the policy, realtors could face up to $15,000 in fines and expulsion from the association.

These bans amount to open season on anyone who states an opinion deemed by the association as politically unpopular.

Matt Difanis, the NAR’s point man on the new speech code, said during a Zoom training session that this may cause the loss of some members but that he isn’t worried about it.

Difanis made an impassioned plea to the realtors, citing the “moral debt” he says the real estate industry incurred as a leading participant in the perpetuation of racism in the 20th century.

In a time where almost anything can offend anyone, we now see organizations penalizing their members for their beliefs even when they’re not associated with their employment.

No longer can one leave their work at the office.  People will now be in a constant state of fear that someone, who may not like their opinion, will report them and cause them to lose their job.

The communist Left is truly out to rework the way the American public thinks and speaks both at work and at home.