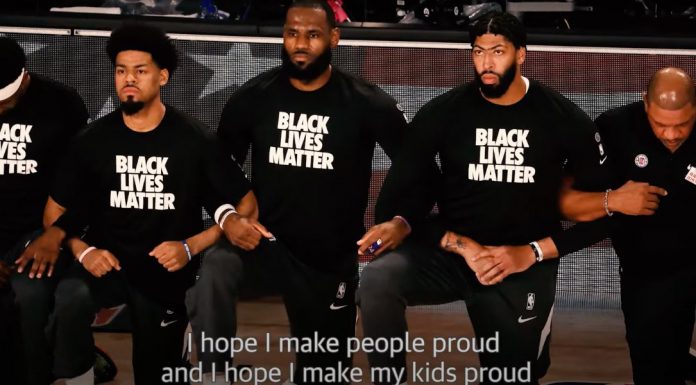 Sports leagues have largely bent the knee to the Left.

Professional sports used to be a break from the world of politics, but no more.

Now the NBA has just made one jaw-dropping announcement.

The National Basketball Association is making a bold move ahead of the Midterm elections.

The NBA has become overtly political over the past few years, much to the frustration of many fans who simply want to be entertained after work.

Now the NBA is not scheduling games on Election Day 2022 in hopes of boosting turnout for the midterms.

Breitbart reported that “the NBA will not be scheduling any games on the midterm election day, but all 30 teams will play the night before on November 7…The league looks to use this as an opportunity to encourage its fans to get out and vote to ‘amplify the need for civic engagement.’ The official schedule will be released Wednesday for all 30 teams. However, the teams are encouraged to use their platforms to share election information with the fans — like registration deadlines — in the weeks leading up to election night.”

NBA fans tend to lean more Democratic than other sports leagues and the NBA has engaged in activism on behalf of the Left, so it seems clear that the initiative is an attempt to push more Democrats to the polls.

Over the past two seasons, the league and individual players have openly supported the neo-Marxist group Black Lives Matter, and added pre-approved progressive slogans on the backs of players’ jerseys.

The NBA announced in a statement, “The scheduling decision came out of the NBA family’s focus on promoting nonpartisan civic engagement and encouraging fans to make a plan to vote during midterm elections.”

NBA games tend to tip off at night when the polls have closed, so the move seems more of a token gesture and an attempt to get people politically engaged in advance of election night.

Exec says “important to our democracy”

James Cadogan, the executive director of the NBA’s social justice coalition, said, “It’s unusual. We don’t usually change the schedule for an external event…But voting and Election Day are obviously unique and incredibly important to our democracy.”

The move to cancel games on election day is just the latest example of the NBA getting more political.

The league briefly shut down the NBA playoffs in 2020 after alleged rapist Jacob Blake was shot by police officers while resisting arrest in Kenosha, Wisconsin.

Some players, supposedly including LeBron James, wanted to cancel the “Bubble” playoffs entirely after the shooting incident.

Expect the politicization of sports only to get worse from here moving forward.