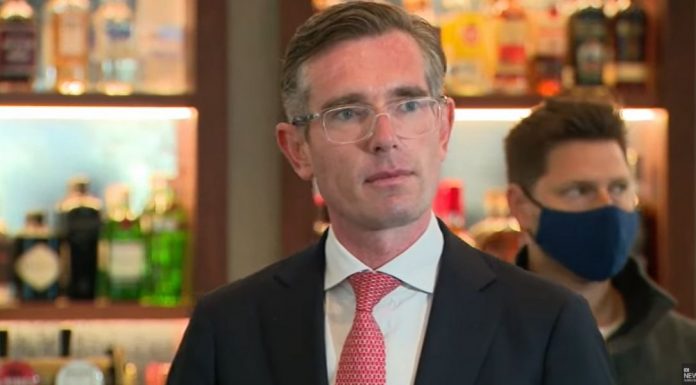 Pro-lifers are stacking up wins.

Abortionists are being seen in a new light.

And the media is trying to cover up the latest insane pro-life win nobody saw coming.

The Abortion Lobby has had a bad year.

Pro-life laws that previously would have been struck down by left-wing judges are being upheld.

Texas recently succeeded in implementing a 6-week abortion ban, while Mississippi is on the verge of doing the same.

Pro-lifers are celebrating but the Left is in full freak-out mode.

And it isn’t just the United States that is bringing in big wins.

This past week, pro-life Australians scored a huge victory.

Following the resignation of Gladys Berejiklian, a pro-life Catholic has become the 46th Premier of New South Wales, signaling a new era of politics in the Australian state which is home to Australia’s largest city, Sydney.

During his first speech as the 46th Premier of New South Wales, Perrottet stated: “Today begins a new chapter for NSW and one that we will all write together. I am honoured that my colleagues have asked me to write that chapter as Premier, and I thank them for the confidence that they have put in me.”

He went on to speak out against lockdowns.

“For the past 18 months together, we have been battling a storm that is COVID-19,” he said.

Leftists in Australia were furious at this news.

One left-wing activist warned that his victory is a loss for anybody who cares “for abortion rights, marriage equality, assisted dying, have ever needed welfare, want priests to disclose child sex abuse information, care for refugees or believe in climate change.”

Perrottet has made his opposition to abortion clear, stating that he could not support laws that stopped “the beating heart of an unborn child.”

Clearly there is a world-wide pro-life moment occurring now.