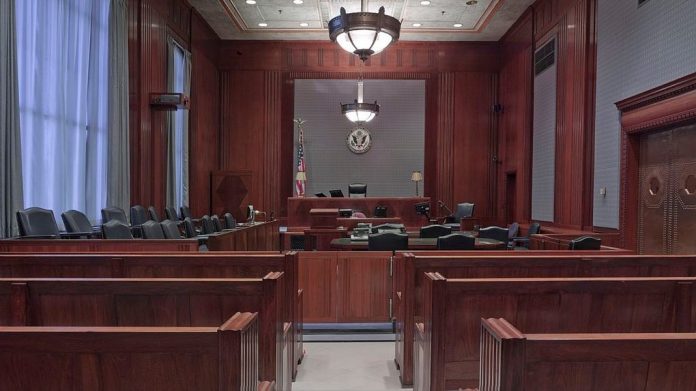 The Left is undoubtedly going to lose its mind over this one.

As more cases involving people standing up for their Constitutional rights head into the courtroom, the more the radical Left appears to be losing.

For example, the Loudon County teacher fired for refusing to use transgender pronouns scored another win in the courtroom.

Tanner Cross first made headlines when he was fired from his teaching position in the Loudoun County, Virginia Public School system.

Cross opposed proposals by the school district that would have forced educators to use students’ “preferred pronouns” instead of acknowledging their sex.

“I’m a teacher, but I serve God first. I will not affirm that a biological boy can be a girl and vice versa, because it’s against my religion. It’s lying to a child, it’s abuse to a child, and it’s sinning against our God,” Cross stated.

His opposition to the demands of the ultra-liberal school administration ended up costing him his job, but Cross wasn’t going down without a fight.

In a lower court ruling, a Virginia judge ordered the school district to reinstate Cross to his position as a teacher and remove the ban that prohibited him from Loudoun County Public Schools property and events.

Not wanting to allow Cross the ability to speak up about his God-given freedoms, the school district appealed the ruling by the lower court judge in hopes of permanently banning Cross from the school system altogether.

Unfortunately for the radical school board members, the Virginia Supreme Court affirmed the lower court’s decision to reinstate Cross.

Even during this battle, and after being told by two judges they can’t fire him for speaking out about his beliefs, the school board has been moving forward with a new “pronoun” policy.

The policy requires students and staff to deny sex and acknowledge “gender-expansive or transgender” students with pronouns handpicked by the student.

Alliance Defending Freedom, the organization that represented Cross, is requesting that the court allow them to amend the lawsuit to encompass more Loudoun teachers who disagree with the policy.

This is only one case of the extremes the Left is willing to go to in order to brainwash America’s children.

While this ruling was a win for the good guys, they won’t all be the same.

More Americans need to be willing to take a stand like Tanner Cross and speak out about what they believe.