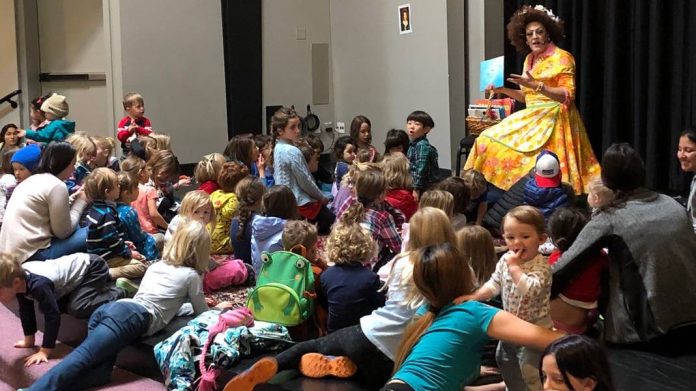 LGBT activists won’t stop until everyone caves in to their morally void fantasies.

And they will threaten anyone who gets in their way.

But what these LGBT activists are doing to this library is just ridiculous.

But in LaFayette, Louisiana, the city library is being sued by the American Civil Liberties Union for denying “Drag Queen Story Time.”

The lawsuit claims that the library’s requirement to sign a form disavowing any affiliation with the “Drag Queen Story Time” violates the First Amendment.

The American Civil Liberties Union (ACLU) has filed suit against the LaFayette Public Library in Louisiana after officials made the decision to prohibit Drag Queen Story Time events, since the library had previously been sued by two other groups for making preparations to present an event on the grounds.

“The defendant’s requirement that individuals seeking to use library space sign a form disavowing affiliation with Drag Queen Story Time as a precondition for use of public space and also under penalty of potential legal liability violates the First Amendment,” the lawsuit declares.

The legal challenge voiced criticism in regards to a “government endorsed effort to brainwash and indoctrinate minors to religious (secular humanist) worldviews on sex, faith, truth, gender, morality, and marriage in a manner that excessively entangles the government with the religion of postmodern-western-individualistic-moral relativism.”

Officials with the LaFayette Public Library chose to “stand down” while the legal challenge unfolded in court, and are supposedly requesting that those who want to host events at the library sign a form that confirms that “the purpose of [their] use of the Lafayette Public Library’s meeting room does not pertain in any way to ‘Drag Queen Story [Time],’ directly or indirectly.”

As Christian Headlines points out, the LaFayette Public Library had originally scheduled “Drag Queen Story Time,” but was also sued by a religious liberty group claiming that the government ought not to endorse the worldviews of the LGBT activists.

No kid needs to be brainwashed by the ridiculous fantasies of grown men who dress up as women.

And the argument that the library is violating the First Amendment by requiring the “Drag Queen Story Time” sign a disavowal form is just preposterous.

Nothing in the First Amendment dictates that the library is forced to allow drag queens to read to young boys and girls.

The library is a victim of the threaten-then-sue tactics of the radical left.

They want complete obedience to their so-called “progressive” agenda.

And they won’t take anything less than total agreement.

Do you think the library should be forced to have “Drag Queen Story Time?” Let us know what you think in the comments below.