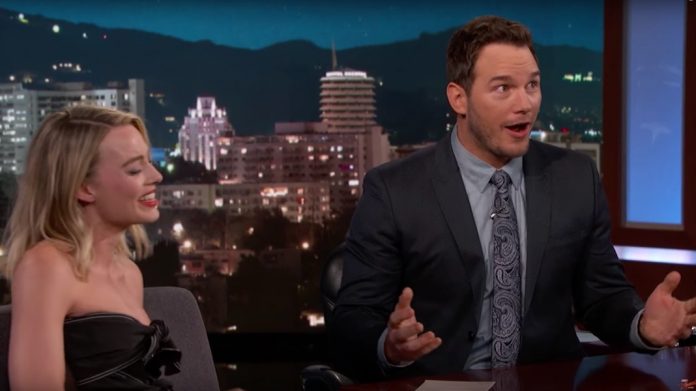 Chris Pratt is the star of hit movies including Jurassic World and Guardians of the Galaxy.

But the leftist media hates him because he is unashamed of his Christian faith.

And the Hollywood elites launched an attack on him that was truly despicable.

Chris Pratt delivered an incredible Scripture reading of the Gospel of Luke at Disneyland’s annual Candlelight Processional in December.

At the 2018 MTV Movie awards, Pratt listed out his “nine rules” including “God is real. God loves you. God wants the best for you. Believe that. I do.” during his acceptance speech.

The piece, part of a series titled “12 Days of Chris-Mas,” labeled him “the most divisive of the Chrises.”

The series covers 12 “famous dudes named Chris,” and took special care to make sure people didn’t feel “hate” for themselves due to Chris Pratt’s existence and his more conservative lifestyle.

The article then went on to list some of the “problematic aspects” of Chris Pratt’s life, including attacking him for being a hunter and an animal farmer:

Adding fuel to this particular fire is the fact that Pratt, an avid hunter who has often spoken about his love of hunting, currently raises lambs on his farm. The enthusiastic tone he took when speaking about “eating fresh farm-to-table lamb” in an Instagram video earlier this year…

This smear was a direct denouncement of what thousands of American farmers do to ensure we have fresh meat at the supermarket, restaurants, and in our freezers.

The hit piece also nitpicked him for standing up for blue-collar America.

Apparently, fighting for an “average, blue-collar American” representation in Hollywood is demeaning to a mysterious list of unrepresented communities that the hit piece failed to name:

But the truth is, the reason Pratt’s comment enraged so many people is because it ignored the fact there are a number of communities actually struggling for better representation, communities that have been fighting for a very long time to see themselves on TV and film.

This TV Guide hit piece revealed the deep-seated prejudice that the left has for traditional American values.

And it shows the Hollywood elitists can’t stand anyone who doesn’t cave into their leftwing ways.

What do you think about the media attacking Chris Pratt for his Christian faith? Let us know your thoughts below.