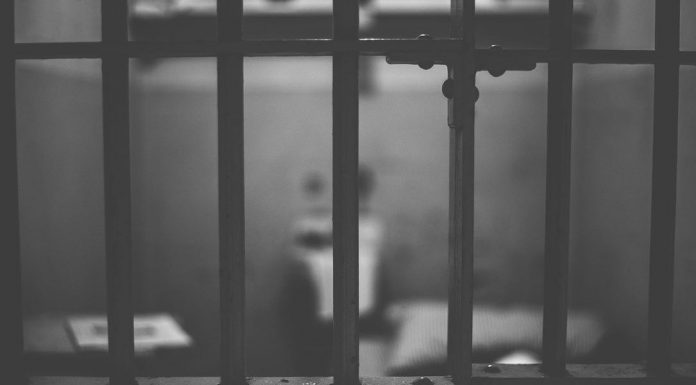 The Left is at war with science.

Battles are raging from COVID to basic biology.

Now the Left’s war on science is seeing self-identifying “women” pillage on a frontline everyone should have seen coming.

The Left has made it clear that if you don’t side with the Biden regime you will be silenced, but some things that are being censored are more bizarre than others.

For example, California is censoring the complaints of inmates so as to not reveal the genders of the accused.

It’s been almost a year now since the state of California announced it would let prisoners choose their gender identity for purposes of placement – and even bodily searches – regardless of sex reassignment surgery or hormone therapy.

Inmates who are biological women are now facing a host of new issues behind bars as biological men who claim to be women are seeking placement in women’s facilities.

It doesn’t take a genius to figure out what’s happening in these prisons.

Not surprisingly biological women in these prisons are being sexually assaulted at an alarming rate, and the Women’s Liberation Front (WoLF) has had enough.

WoLF has filed a lawsuit on behalf of four California inmates who allege they are the victims of sexual assault and domestic violence.

The lawsuit challenges the constitutionality of the move by California to let self-identifying “women” choose where they are placed in the prison system.

It also points out that the state is censoring the actual gender identities of the attackers.

When one inmate filed a complaint about being “grabbed by a man in her unit,” and another requested single-sex housing after a transgender inmate sexually assaulted her, prison officials described their attackers as transgender women or females.

The lawsuit put forward by WoLF also says that this move by California violates the 8th amendment, by subjecting biological women to cruel and unusual punishment, and violates the inmate’s 14th amendment equal protection rights.

Once again, the Left believes simply removing information will make it all better.

You cannot just do away with someone’s gender no matter how much they claim to be something else.

What happened to following the science?

WoLF executive director Mahri Irvine told Just the News that “the vast majority of women in prison have histories of sexual and/or domestic violence, committed against them by men. It is a logical assumption that many female survivors would experience psychological distress, fear, or anxiety when they are forced to share close quarters and be naked or semi-naked in the presence of men,” she wrote in an email.”

The idea that a biological man can choose to be placed in a women’s prison is disgusting and the state of California should be held accountable for what is happening to these women.

But, as they always do, they just erase information, sweep the facts under the rug and make like none of it exists.