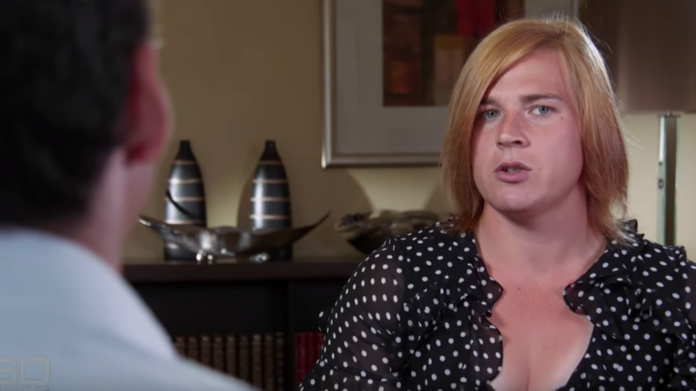 Leftists have welcomed and encouraged the politicization of a space that used to be largely free of politics.

Now the integrity of the Olympics is in jeopardy because of one radical policy.

The chief problem with leftism—among many—is that the Left refuses to police itself.

When the Left goes off the rails with an insane idea or policy, no one but conservatives stand in the way of their bad ideas.

The cause célèbre for the Left today is transgenderism.

They have abandoned all logic and reason for the sake of a fringe ideology that believes men can be women and vice versa.

The great irony of transgenderism is that it directly conflicts with radical feminism—another strain of leftism—which has caused a huge fissure on the Left.

And the divide is only going to get deeper with shocking news regarding the Olympics.

A biological male who believes he’s a woman will be competing in Olympic trials in the women’s marathon event.

Leftists always roll their eyes when conservatives argue that some of their bad ideas have a “slippery slope,” but that’s precisely what’s happening with the radical transgender agenda.

Several biological males who were mediocre at best or substandard when competing against other males have raked in scholarships and awards while competing as females the past few years.

It’s gotten to the point where females are beginning to sue in order to maintain the integrity of women’s sports.

Far-left activists will argue that transgender athletes have no competitive advantage, or that their advantage is no different than one track athlete having longer legs than another one.

This is a ridiculous assertion that’s been debunked.

The latest elite female athlete to speak on the issue is Olympic cross-country skier Rebecca Dussault.

In an interview with the Daily Caller, Dussault said, “Once a male body has gone through puberty, they have received the benefits. So the skeletal form, lung capacity, muscle density, the greater length of levers in their body, their muscle-to-weight ratio, their capacity to deal with dehydration much better, narrower hips, I mean you name it — they are physiologically designed differently than women.”

The transgender activists have no rebuttal to this biological reality.

Dussault issued a bolder warning when she said, “Every woman’s record in sports will fall.”

Hopefully more people begin to speak up before the integrity of sports is radically changed forever.

Will biological men competing in women’s sports be the end of women’s athletics?