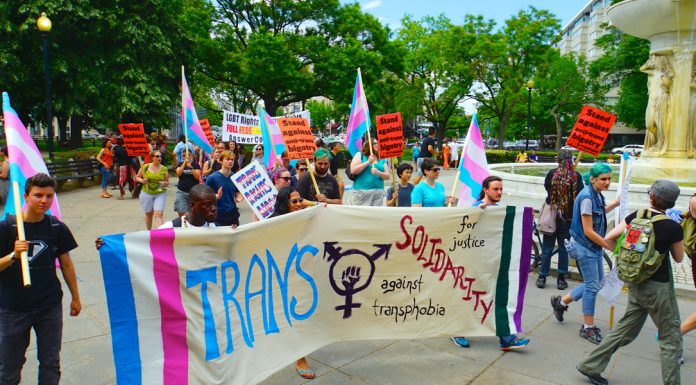 Liberals are being dragged to the fringes by radicals.

They think American adults are being convinced by their escalating lunacy.

But the insanity of the Left was summed up in this crazy ad campaign.

Elon Musk recently retweeted a cartoon that showed leftists moving wildly to the Left and dragging “the middle” with them.

Suddenly liberals and conservatives — who had not moved — were deemed “conservative” and “far right,” respectively.

That’s the experience that millions of Americans have had.

Democrats and their media allies have tried to gaslight the American people into believing that it’s the Right that has moved to the fringes, but that’s a hard sell when the insanity of the Left is on full display.

For example, as part of a Mother’s Day ad campaign, Calvin Klein included a photograph of a pregnant “transgender man” who had undergone “top” surgery.

We have a huge baby formula shortage! The Left says men are the root of all problems, so it's only fair to blame pregnant men right? I wonder what Calvin Klein has to say about this. #calvinklein pic.twitter.com/cReKkxxikt

The far-left transgender ideology is being shoved down the throats of Americans through relentless propaganda from Democrats as well as cultural institutions like film, television, theater, art, and fashion.

Obscure ideas that were once reserved for fringe gender studies departments at universities have seeped into everyday American culture.

This is what conservatives and old-school liberals like Musk have been seeing for years now.

It’s quite clear that an agenda is afoot. 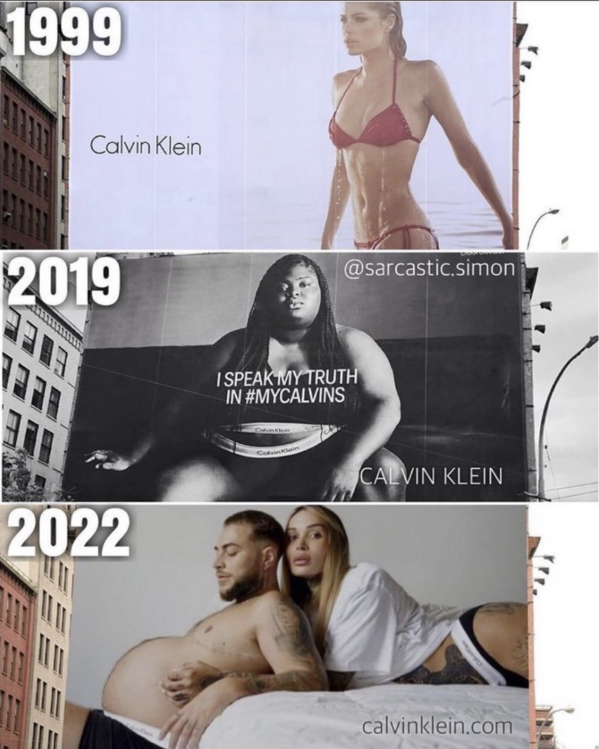 The Left are so ensconced in their echo chamber, they don’t even realize how crazy they come off to people outside their bubble.

People are being called bigots if they don’t agree with a biological man competing against women in sports and dominating the field.

They are demonizing people who think it’s wrong for biological men to be housed in women’s prisons where some have gone on to rape and impregnate female inmates.

The list of “woke” dogma goes on and on, and people are getting sick of it.

For example, fat studies—an actual discipline created by the Left—argues that diet culture is “toxic” and another form of “oppression.”

After hearing such an assertion, leftists enthusiastically snap their fingers in some performative beatnik expression; liberals nervously nod along; conservatives immediately call foul.

The more nonsense people are forced to accept, the more people will join the conservatives.