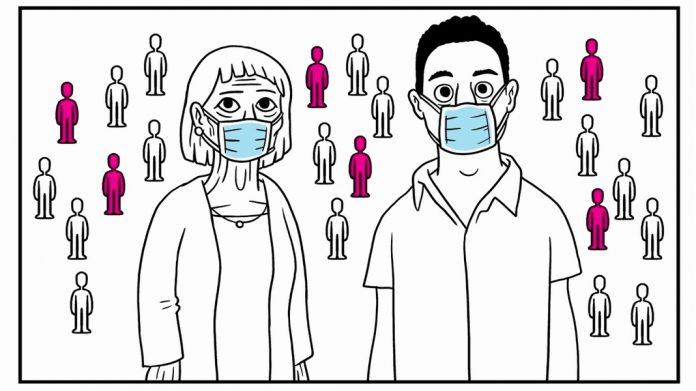 Any political official who tries to say they’re putting in place authoritarian mandates for the “safety” of their constituents is lying.

It is now practically a game in which elected officials see who can take away the most freedoms from people.

And the Governor of Oregon is so hellbent on controlling people she just instituted this ridiculous mandate.

After the announcement a few weeks back that the vaccine may not be totally effective and people should start wearing masks again, many blue-state Democrats began establishing new tyrannical mandates.

The funny part is in large parts of the country, people have stopped listening.

It seems as if some Americans have finally woken up to the fact that these politicians are not in this to protect them – they’re in it for power.

Case in point the Democrat Governor of Oregon.

The Governor says if you cannot properly social distance outside, you must wear a mask.

Never mind the fact that there is no science to back up the effectiveness of this, and rather there is actually data that shows this does not work.

That’s neither here nor there when it comes to a Governor controlling her people.

To make the Governor’s decree even better, she applies it to both the vaccinated and the unvaccinated.

Sorry to those who ran out the door to get vaccinated, hoping it might give them some freedom back, but it looks like they want to lock you down again too.

The order applies to everyone ages 5 and up.

Of course, Governor Brown says this is because of the rise in COVID cases in the state clearly due to the prominence of the “highly contagious” Delta variant.

Again, ignore the science that says the Delta variant has peaked and is on its way back down that just doesn’t matter in the name of “safety.”

Brown actually told reporters that “masks have proven to be effective at bringing case counts down,” which is patently false.

Again, this isn’t about anybody’s safety to the Left – it’s all about how far they can push the American people and how much control they can actually gain.