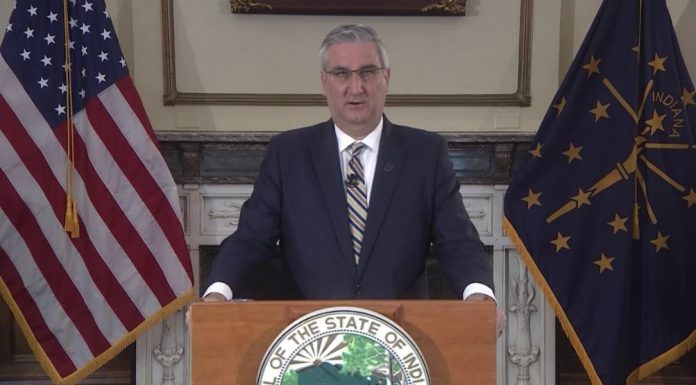 From dictating how far people stand from each other to mandating individuals wear masks, the American public has been subjected to one unconstitutional mandate after another.

Now, over a year into the pandemic, states are putting their foot down and saying enough is enough.

And the Governor of Indiana just signed a law that will greatly affect how churches are treated during future crises.

Governor Eric Holcomb of Indiana recently signed a new law that prohibits the state government and its agencies from treating a religious body worse during a public health emergency than secular entities.

One thing the pandemic made clear was just how hypocritical the local, state, and federal governments can be.

Churches were ordered to remain closed as business-like bowling alleys and alcohol stores were free to open because they were deemed “essential.”

In a number of states, the damage done to churches is irreparable.

This legislation in Indiana works to stop governments from keeping houses of worship shut down.

The legislation designates houses of worship as essential services and thus prohibits them from being treated worse than secular entities.

“Religious organizations provide essential services that are necessary for the health and welfare of the public during a disaster emergency,” the bill reads in part.

In Indiana, it is now against the law for the state or “political subdivision” to enforce any health, safety, or occupancy requirement that imposes a burden on a religious service.

Chauvin said, “religious organizations provide soul-sustaining operations that are essential to our society and protected by the First Amendment.”

Of course, the bill did have its critics.

The American Civil Liberties Union, not surprisingly, is opposed to the bill saying it gave special treatment to houses of worship.

There is no doubt that many of the leftist politicians across the country have used the pandemic to their advantage by keeping churches closed and deeming them non-essential.

The Left continues to be opposed to an individual’s religious freedom because there is no way for them to completely control the population when people have a right to worship.

This is a step in the right direction, and America can only hope that other Governors across the country follow Indiana’s lead.