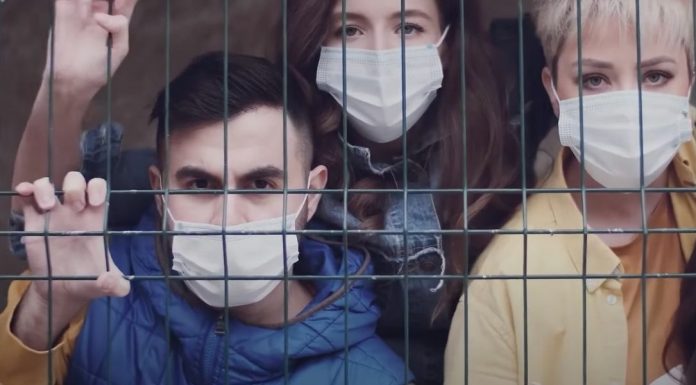 International athletes have some of the worst headaches in the pandemic hysteria world.

The global elites sent the word out to resume sports broadcasts to help prevent outright revolt from the locked-down masses – but stars who refused to fall in line could cause problems too.

And now one greatest of all time athlete has just exposed the global WuFlu thugs.

After a nasty welcome down under, tennis great Novak Djokovic was declared the No. 1 seed for the 2022 Australian Open.

But even if he gets to play, health dictators are throwing around their weight.

And his experience is exposing the seedy underside of the global COVID political regime.

Australia is treating Djokovic a lot more like a convicted criminal than the star of an event that brought in $387.7 million to the local economy last year.

And most convicted criminals in first world countries get nicer digs than the unvaccinated in Australia.

When the number one tennis star in the world – who’s widely acknowledged as the greatest of all time in the sport – got detained by the airport’s Covid police, sports reporters kept a close eye on him until he walked into Park Hotel Melbourne.

It looks like a reasonably nice place—and claims to be a luxurious 4.5 star hotel.

No doubt, it was before the government got involved.

But what journalists dug up next was beyond disgusting.

Reports have been circulating that the facility, where Australia is supposedly sending “refugees” treats everyone inside like prisoners in what has been described as “squalid” conditions.

The detainees are not allowed to leave the hotel.

They can ask a guard to escort them to a small outdoor space on an upper floor for fresh air.

Apparently, even when several fires mysteriously broke out on one level of the hotel, those inside weren’t evacuated.

The worst part—by far—has to be the food.

But no matter how nasty that holding tank is, visitors like Djokovic are getting the white glove treatment compared to what’s happening to citizens who aren’t perfectly compliant with their government’s every demand.

When 26-year-old woman Haley Hodgson was sent to one of her country’s quarantine camps, she says she was put in isolation and given only one meal a day as punishment.

“You feel like you’re in prison. You feel like you’ve done something wrong. It’s inhumane what they’re doing. You are so small, they just overpower you. And you’re literally nothing. It’s like, ‘You do what we say, or you’re in trouble, we’ll lock you up for longer’. Yeah, they were even threatening me that if I was to do this again, ‘We will extend your time in here.’”

From Australia’s treatment of citizens like Hodgson and visitors like Djokovic it’s clear they have almost zero concern about health—the issue at hand is absolute government control.

Hodgson was not even sick when officers showed up at her door saying they had orders “from higher up” to transport her.

Djokovic is not only healthy, but the person least likely to share Covid since he recently recovered from the virus.

Furthermore, we already know people who are vaccinated can still pass the virus along to others—unlike someone like Djokovic, who recently recovered.

Now health authorities in Australia are threatening to punish Djokovic by denying him entry for the next three years.

If there’s one thing more contagious than Omicron, it’s a bad idea at a United Nations meeting.

The fact that leading powers around the world haven’t boycotted events in Australia for human rights violations in the era of Covid concentration camps is a sign that civilization is in a dangerous place.

“Today I exercised my power… to cancel the visa held by Mr Novak Djokovic on health and good order grounds, on the basis that it was in the public interest to do so,” Immigration Minister Alex Hawke said in a statement, The BBC reported.

Australian authorities will officially detain the tennis star on Saturday.

Djokovic’s lawyer indicated they will challenge the move.

Lawyers for Mr Djokovic have indicated they will challenge the minister’s reasons for cancelling Mr Djokovic’s visa, including that allowing Mr Djokovic to stay would “excite anti-vax sentiment” in the Australian community.