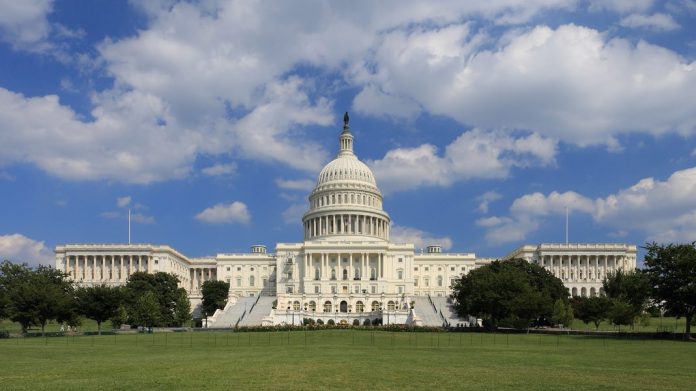 The Fake News Media and the Left made the Capitol riot one of the biggest stories this year.

They tried to use it to ruin former President Trump and his supporters.

But now the Democrats’ biggest lie about the Capitol riot was just exposed and all hell is about to break loose.

The events on January 6 scared the hell out of many leftist politicians in Washington, D.C.

But it also gave the Left a chance to turn the facts around and to create a talking point to hit Trump supporters with.

Before January 6, they spent most of their time trying to find a way to ruin President Trump.

And since Trump’s term was over later that month the Left and the Fake News Media were looking for ways to ruin Trump supporters.

On January 6, they had all the imagery they needed to push one big fat lie that the events were actually an insurrection against the United States.

And the biggest storyline the Fake News Media ran with was that a police officer was beat to death by those at the Capitol on January 6.

Brian Sicknick, the police officer who died from injuries sustained during the Jan. 6 riot at the Capitol, is the fifth private citizen to lie in honor in the building he helped protect. His family, top officials and other lawmakers attended the ceremony. https://t.co/uAlpiBt6H7 pic.twitter.com/PZ0IjR58py

Since January 6, over 410 people have been arrested in what the Justice Department has labeled their “most complex investigation ever prosecuted.”

Hundreds more have lost their livelihoods for just attending the Trump rally earlier that day.

And tens of thousands of conservatives have been silenced and banned by leftists on social media as they had their reason to label anyone right of Mitt Romney a terrorist or an extremist.

The Left even impeached Trump a second time for the first time in American history over the events on January 6.

But there is one problem with the Left’s whole narrative of the riot.

In what they have portrayed as the most violent insurrection in American history, actually no one died by the hands of those they have labeled “insurrectionist.”

Come to find out the police officer who supposedly died from blunt force trauma, as reported by The New York Times, actually tragically died from two strokes he suffered after the riot was over.

According to The Washington Post, the D.C. Medical Examiner reports that Officer Brian Sicknick died from two strokes with no evidence of blunt force trauma or irritation from chemical agents.

It seems as if the police officer tragically died from natural causes rather than the lie the Left and the Fake News Media pushed for months that he died from being attacked by Trump supporters.

No one killed Officer Brian Sicknick, a Trump supporter.

But Ashli Babbitt was killed on January 6th and America is not even allowed to know the name of the officer who killed her. pic.twitter.com/YTuMAICO6m

And as the facts come out, it looks like the only person who died related to the events on January 6 was a Trump supporter and Air Force veteran shot dead by Capitol Hill Police.

In the end, the Left lied to the American people and have harmed countless Trump supporters in the process.