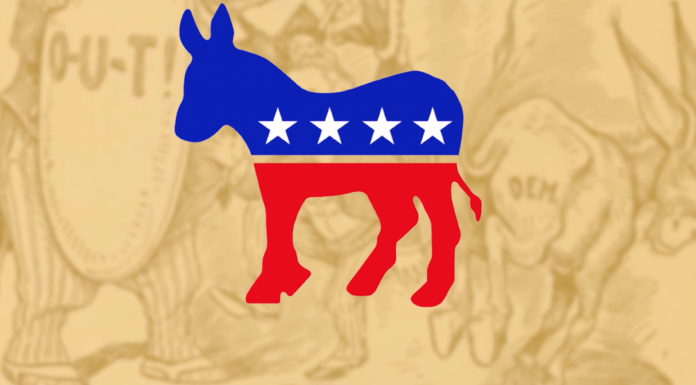 While Democrats claim to promote “tolerance,” they continually attack those who hold values they disagree with.

Christians are a favorite target of their hatred.

And the Democrat Party just they hate Christians with one disgraceful attack on a pastor.

The Left caters to those who oppose Christianity, while routinely attacking Christians.

And they proved this at the start of a recent legislative session in Virginia.

Republican State Delegate Michael Webert invited speaker Rev. Dr. Robert M. Grant Jr. started the session with a prayer, where he urged legislators to stand up for the unborn and the traditional family.

“I pray that we do not provoke God’s anger by making laws that can destroy the fabric of this great state and our wonderful country,” Grant said. “God is love, God is merciful, God is holy, and God is also judgment. Please do not provoke his anger and bring wrath upon this state by what you create as law. Biblical history is very clear. His wrath upon the earth is documented. We are not exempt. We are not exempt. If he does not grant us mercy for the atrocities that are being done, we will eventually encounter the judgment of the Almighty God, and may the Lord have mercy upon us all.”

Democrats clearly got uncomfortable at this point, but quickly became angry with his next line in his prayer.

“I pray that you may understand that all life is precious, and worthy of a chance to be born. God is a giver of life, and people have no right or authority to take life,” he continued.

He also touched on traditional family values, praying “that the bills and laws being passed will always protect the Biblical traditional marriage, as God instructed the first man and the first woman in the Bible, that the two shall be one flesh.”

It was with this line that Democrats in the chamber began shouting, and walking out.

The Democrat Speaker of the House quickly hit her gavel, immediately cutting him off with the pledge of allegiance shortly after.

So the Left loses their mind over a Christian pastor speaking about actual Christian values, yet they are fine with allowing Islamic prayers in the same situation.

The Left’s “tolerance” doesn’t apply to Christians who believe in the tradition family, and oppose the despicable practice of abortion.