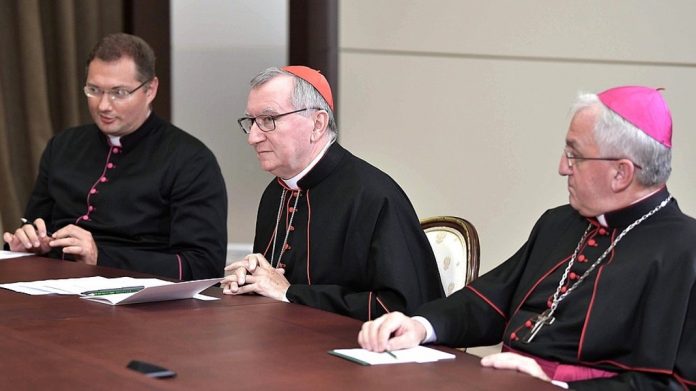 The radical Left saw coronavirus as an opportunity to trample on the rights of those they hate.

Christians were their main target.

But now the Catholic Church is taking the government to court because of one thing they did.

To the radical Left, violent mobs looting and rioting during the coronavirus is perfectly fine.

But attending church is a selfish act that puts the world at risk in their eyes.

In fact, de Blasio’s own daughter was arrested at one of the riots, and he still hasn’t been as harsh on rioters as he was to those attending church.

And New York City is far from the only example of left-wing politicians using coronavirus to restrict religious liberty.

In Madison, Wisconsin, things have gotten so bad that the Catholic diocese in the area is going to court with their own government.

The city enacted a plan to re-open the state at the end of last month.

It allows shopping malls, restaurants, and bars to completely re-open with no major restrictions.

But it specifically targets churches, limited the amount of people at one service to 50 people.

So a bar is allowed to hold more people than a church in the area, which is the reason the church rightfully believes they are being discriminated against.

Also, the Mayor in Madison has specifically backed the anti-police protests, making clear that there are no limitations on how many can participate.

The law firm representing the church blasted this decision.

“This treats religious interests unequally and unfairly,” stated law firm Sidney Austin, noting that “hundreds or even thousands” of people could gather for non-religious activities together if the venue were big enough.

“But in no event, not even in the largest synagogue, mosque, church, or temple, and no matter how carefully spaced or protected, shall more than 50 people gather for worship,” the firm continued.

It is beyond clear that the city is very specifically targeting Christians.

The Left loves to use God-fearing Americans as punching bags, as Christians often refuse to stand for their deviant agendas.

Do you think churches are essential?