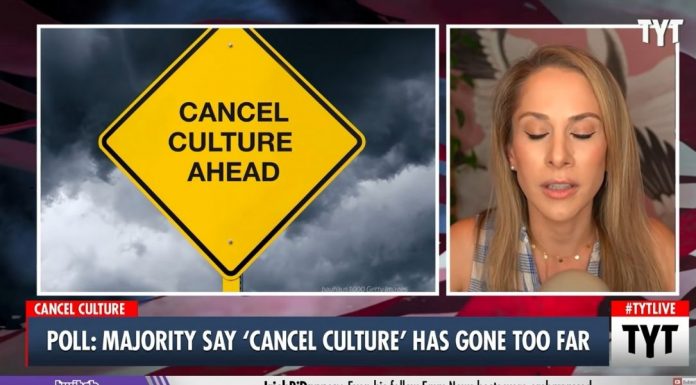 At first some thought it was a phase, something that the radical leftists would eventually get over.

But cancel culture appears to be alive and well and showing no signs of erasing America’s past one historical figure at a time.

And the Cancel Mob is back attacking statues and you won’t believe who their latest victim is.

Leftists needed to do something when it became clear the Kyle Rittenhouse trial wasn’t going their way.

To soothe themselves, they’ve returned to tearing down statues of historical figures.

The 26th president of the United States was known for being a progressive in his time by proposing the welfare state, supporting labor unions, championing conservation and many other liberal policies.

No one is safe from the Cancel Mob.

A bronze statue that honors the late Teddy Roosevelt has sat outside New York City’s American Museum of Natural History for 81 years.

It is so iconic that it’s even been depicted in the now famous Night at the Museum movie franchise in which the late Robin Williams portrays Roosevelt on that very horse.

But someone got offended, so therefore, Teddy must go away.

Apparently, complaints that the statue offended people because the former president is flanked by Native American and African figures sent people scrambling to get rid of it as soon as possible.

It was deemed “problematic due to its hierarchical depiction” according to UPI.

So instead of greeting people in New York City the statue will sit in a public facility that bears Roosevelt’s name located in Medora, ND.

According to the Theodore Roosevelt Presidential Library, which is slated to open in 2026, the agreement was made with New York City for the “long-term loan” of the statue that has resided outside the museum since 1940.

Despite calling it a “long-term” loan, Breitbart revealed evidence that officials proposed back in 2020 removing the statue because of people being offended by it. NYC Mayor Bill de Blasio supported the act calling the statue “problematic.”

Triggered by an 81-year-old statue of a leftist president? Don’t worry they’ll get rid of it for you.

This is where America is at and it’s scary.