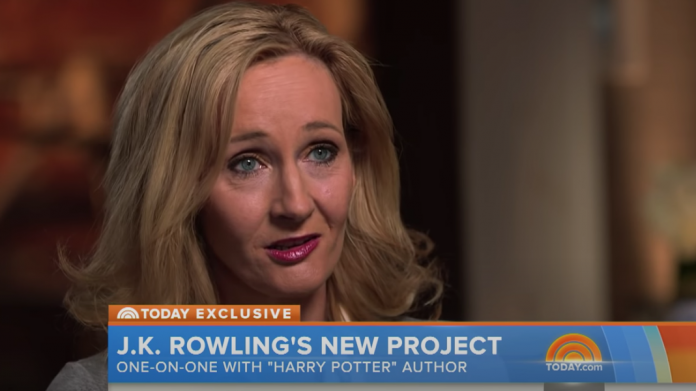 The Left is becoming more and more like a cult with each passing day.

Leftists demand total devotion from their followers, or they will be excommunicated.

And the angry leftist mob is after J.K. Rowling because of this one statement.

Rowling again refused to bend the knee on the issue of radical transgenderism, which states that womanhood is determined by an internal feeling and not biology.

This is a point-of-view that has picked up speed at a frightening pace, so much so people can have their careers ruined for not toeing the line.

Actor and TV host Mario Lopez was forced to apologize for having the audacity to say that a three-year-old shouldn’t be placed on hormone blockers.

But Rowling refuses to play that game.

Rowling, who is a rabid leftist, is more of a devotee of second-wave feminism, which is at war with the “woker” incarnations of third and fourth-wave feminism.

The full force of blue-checkmark Twitter and many progressive outlets rained down hard and tried to get Rowling “canceled.”

Not only did Rowling refuse to apologize, she recently doubled-down in her beliefs.

For her apostasy on one issue – Rowling has supported left-wing causes almost universally over the years – the Left has cast her out.

She’s been branded with the pejorative term TERF, which stands for trans-exclusionary radical feminist.

The Left has become Orwellian down to the Newspeak they use.

Rowling isn’t the first old-school feminist to get thrown under the bus by the Left, but she’s the most high-profile by far.

Rowling would be a value scalp for the Left to collect, but she refuses to be canceled.

That’s an important lesson for people who want to beat back the cultural encroachment by the far Left.

Trying to appease them accomplishes nothing. Appeasement only emboldens them and makes them push harder.

Will the cultists on the Left continue to go after Rowling for her views?