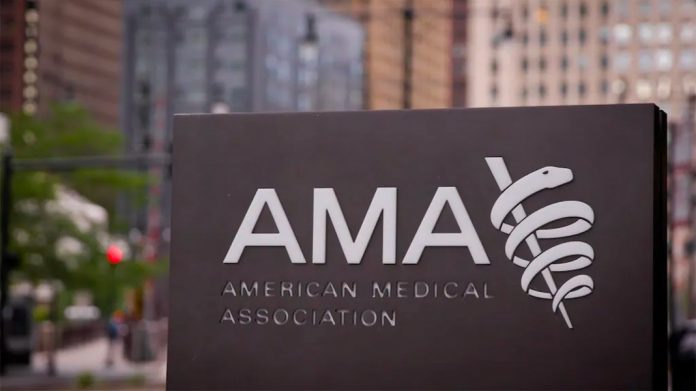 Ever since word leaked that coronavirus may have actually originated in the Wuhan Institute of Virology, the Left has changed its tune about “following the science.”

Of course, the Left has been trying to twist “science” for a while now.

And now, the American Medical Association just did something that will leave you dumbfounded.

Radical left-wing activists have been pushing the idea that gender is all in what you want to be for a while now, but it has really picked up steam since the Biden administration took over the White House.

Convinced Joe Biden is nothing more than a puppet that will push through some of the most liberal policies Americans have ever seen, the LGBT community and their allies in the Democrat Party are quite literally trying to change science.

And it looks as if the American Medical Association (AMA) is on board.

In probably what is the biggest leftist move ever made by the AMA, they recently announced that sex designation on the birth certificate should be removed.

Looks like that’s the end of gender reveal parties.

According to the AMA, removing the biological sex on birth certificates protects an individual’s privacy and prevents discrimination.

Only a left-wing organization could believe that a baby will be discriminated against because of its biological sex.

It is truly mindboggling that the AMA believes this is a pressing issue.

Now the AMA says not to worry because they still recommend your sex be recorded through the U.S. Standard Certificate of Live Birth form, but it will be confidential, just like the rest of your medical history.

Of course, that doesn’t go for whether or not you received the COVID vaccine because the Left is demanding you give that public information to the government or else.

But the far more sensitive matter of what sex a baby is must be protected. Right . . .

In the statement, the AMA said, “the new policy aligns with existing AMA policy recognizing that every individual has the right to determine their gender identity and sex designation on government documents.”

Once again, the Left is changing the narrative.

For years they have told us that gender is not the same as sex.

They said that sex is biological, but gender is a “social construct.”

Now they’re saying that sex is no longer permanent and it’s the same as gender.

The AMA tells us that we can throw the previous science they claimed to be true out the window and use this science now because it is better.

And what happened to chromosomes? Don’t they have some role to play in all of this? Shouldn’t members of a “medical association” know something about them?

Where does the madness end?

America is in a sad state of affairs, and the Left continues to push radical ideas meant to hurt, not help, people.

It is the goal of these liberals to divide, not unite, and they will stop at nothing to get their way.