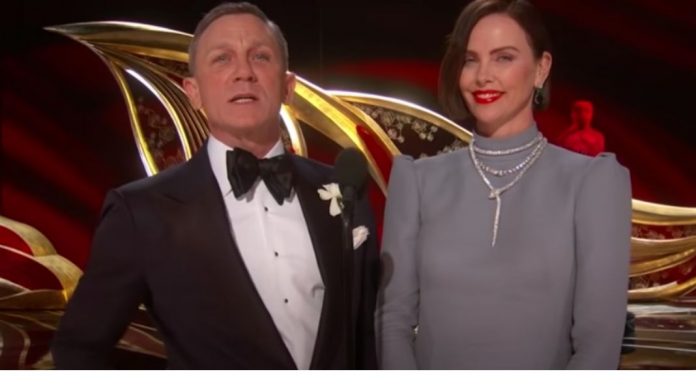 Hollywood has become a “woke” parody of itself.

Leftists in the industry are always the first to adopt and promote ridiculous ideas.

Now the Academy Awards just added one film requirement for the Oscars that will shock you.

As America’s nightmarish “woke” Cultural Revolution continues apace, Hollywood is jumping in with both feet.

The pandering was bad enough when a handful of celebrities posted an over-produced, maudlin video where they declared that they “take responsibility” for racism within the industry and America more broadly.

The video was roundly mocked from the Left and the Right.

Most people are sick of being lectured to.But Hollywood was just getting started.

The Academy Awards announced that films will have to meet certain diversity requirements in order to be considered for an Oscar going forward.

This is truly nightmarish.

Hollywood has leaned Left for a long time, but now politics are nakedly guiding the art.

Movies should be based on merit, not quotas.

The process is already greatly political, but this new edict will only make it worse.

Also, diversity doesn’t seem to be a glaring issue when Parasite, Green Book, Moonlight, and 12 Years a Slave have all won Best Picture within the last decade, and that doesn’t include films that were nominated but didn’t win (Roma, Fences, Selma, etc…), or the diverse creators behind the camera.

This is simply another power grab by the cultural mandarins to dictate what is and is not allowed in art.

This is precisely how art forms die.

When they’re subsumed by politics, the consumers of the art lose interest.

The critical masterpieces of the past were also box office smash hits.

Today, the average person hasn’t even heard of half the films nominated for Oscars.

This chasm is only going to get worse.

The leftists will push more arcane and niche and propagandistic stories, and viewers will continue to withdraw.

Maybe when the industry collapses entirely, well-made popular films will be allowed to have a renaissance.

Until then, moviegoers will be subjected to #OscarsSoWoke for the foreseeable future.

Leftism already robbed the Academy Awards show of a host after Kevin Hart withdrew from the gig of a lifetime when the culture revolutionaries dug up years-old tweets.

The show will go on, but whether or not anyone watches is a completely different story.

Did the Academy Awards just stifle creativity with this new diversity requirement?